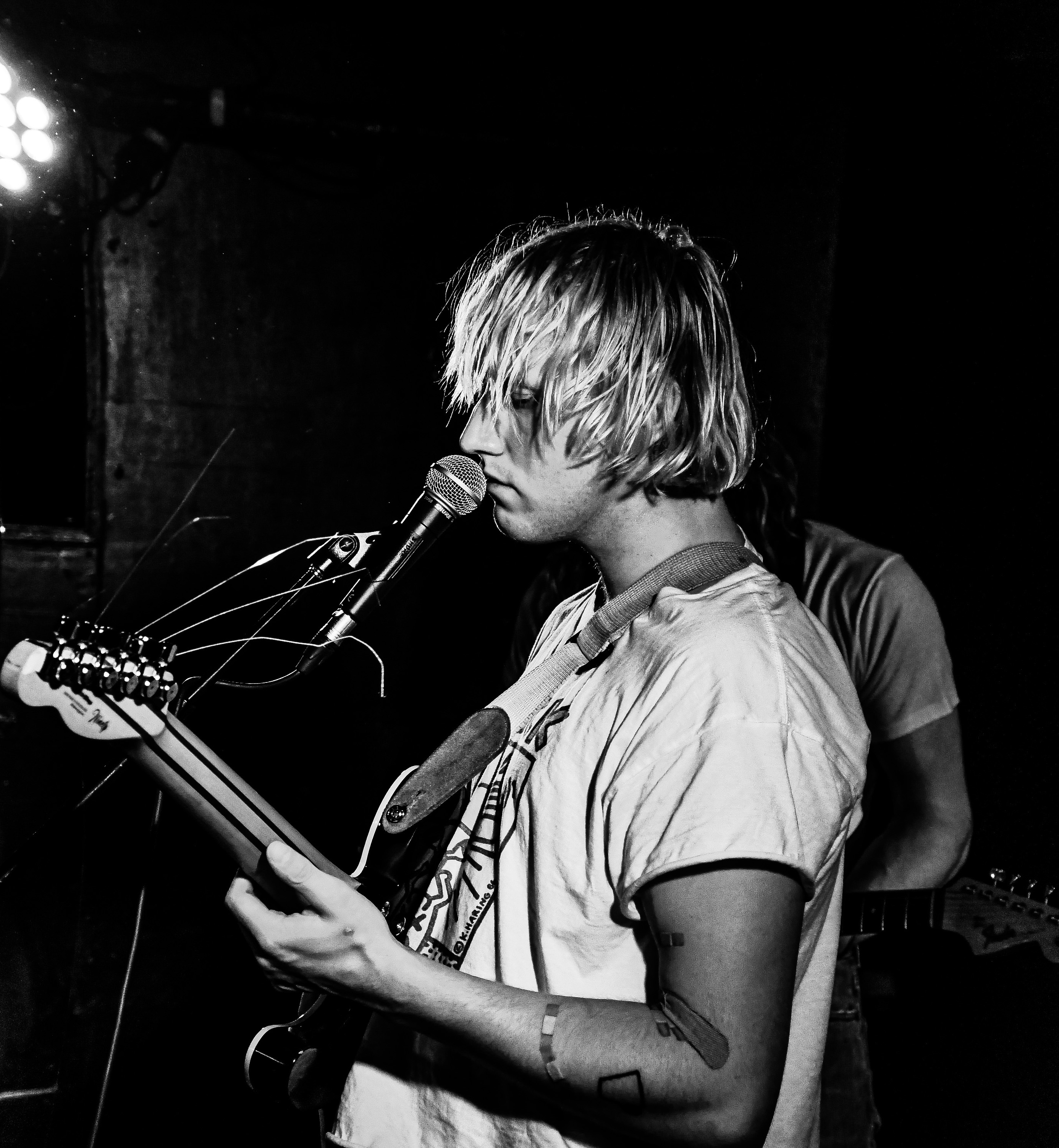 I was born in 1997 and grew up in Christchurch, and music was a super prominent part of my childhood! I've always been so into it and so have my parents. My mum worked at the Ara Jazz and Rock schools in Christchurch and we went to a lot of gigs growing up.

My dad plays bass and he, my sister and I play in a band called Chicken Scratch (haha).

My sister is also killing it currently in the band There’s a Tuesday.

By the time I got to high school unfortunately I was really scared to play music. The school I went to had a pretty good music program but it was an all-boys school and I kinda psyched myself out of putting myself out there too much. It wasn't till I got to about year 11 and Jordan (bass player for The Butlers) taught me 4 chords on the guitar. After that, I was hooked.

Jordan and I started playing with George Berry (drummer in The Butlers) a lot at school assemblies and what not, which was a big step for me!

After I finished school I went traveling and spent a bit of time in Europe. I wrote a lot of music and played a lot of guitar while I was away. When I got back I was definitely no closer to knowing what I wanted to do, so I was enrolled to study teaching at Otago - but then after I saw a couple of the Dunedin bands play I got super inspired to start playing some original music! George, Brad, Jordan and I started playing together and started to practice a lot, so I pulled out of uni and got an apprenticeship in Christchurch.

Jumping ahead to today - I think the highlight of my career so far would be playing The Butlers headline show at the Isaac Theatre Royal last year. The show was massive and it was cool to have our home town come out in full force to support us in our biggest headline gig to date.

- What do you write your songs about?

I guess it varies! I think I write a lot about just what's going on in my life or stuff I see and experience. I think it's important to be direct and real. I tend to write more when I'm sad or gutted about something. I guess I feel like I've got more to say in those situations than when I'm happy (haha).

- When you're writing, what do you start with? What is your process from beginning to end?

It's really sporadic and changes a lot. It usually starts with just a thought like the opening line

or something then I'll work on some chords and spitball from there. I like trying to work some of it out on Logic too. But, the best and what we've been doing recently is when we (The Butlers) get in the shed and just play loud and simply and build something from there. Our upcoming album was all written that way!

- What technology or software do you utilise in your process?

You gotta love a bit of Garageband and Logic! I guess aside from that just guitar and a very small range of pedals.

- How do you choose which songs to record and release?

Usually, we just record everything, and if one doesn't seem to fit we just decide to leave it off the release. We always remind ourselves to leave all ego aside and just make it purely based on the sound.

- What are two things you have learnt along your journey, that you would tell yourself if you could go back in time?

Don't care or listen to what other people think.

Don't get too big for your boots, keep it humble and do it for the tunes, not the ego.