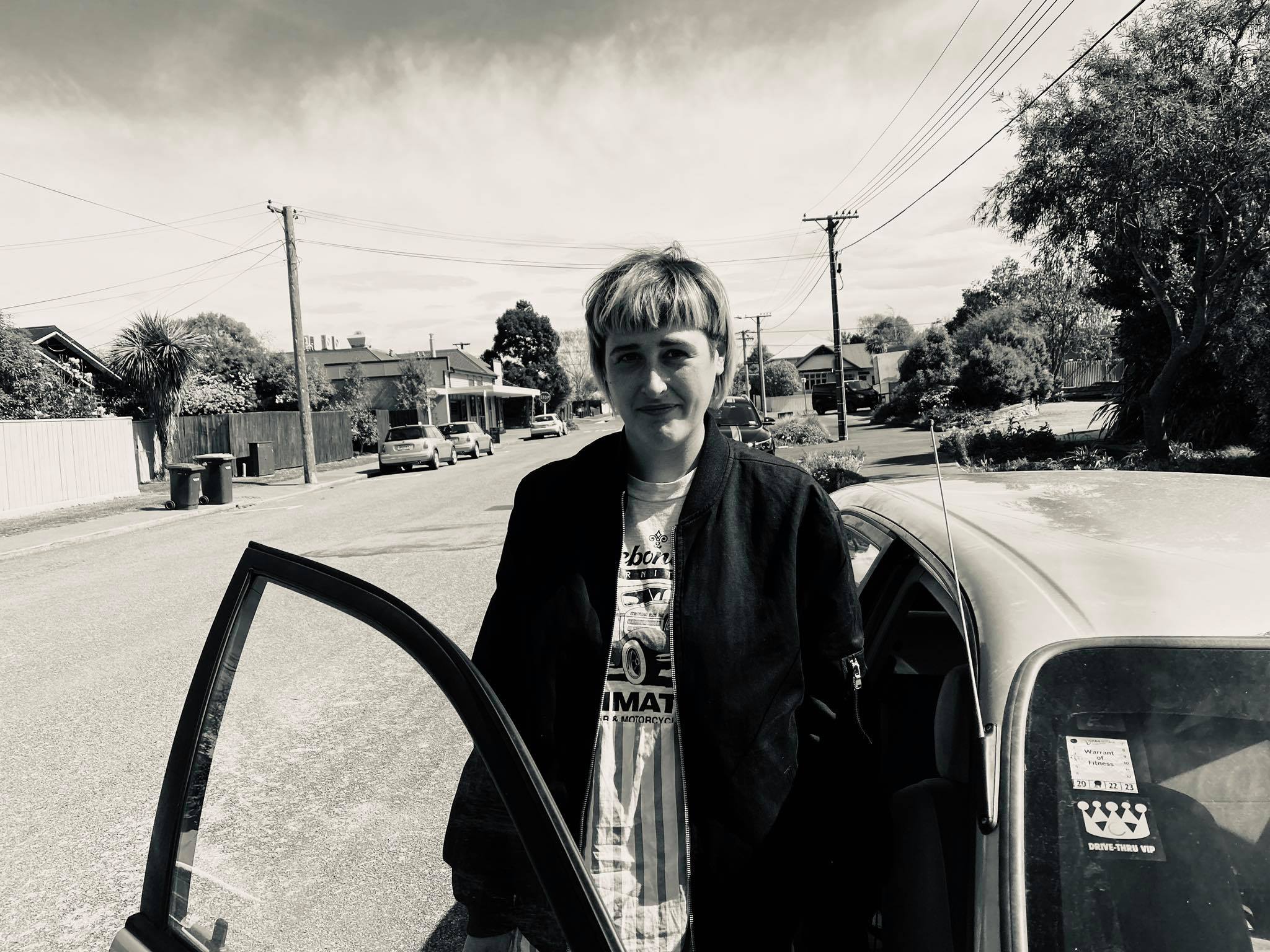 I was born and raised in Dunedin. When I was 20, and two weeks out of uni I moved up to Christchurch and have been here ever since!

Growing up I was always surrounded by music! Both my parents were huge music fans, but for my father music is a real passion, and that's probably my biggest influence. Growing up, I absorbed many of the things he was listening to and discovering, as well as being completely obsessed with pop music of the early 2000s! Holidays with my grandparents also exposed me to some of the songs of their generation, as well as Saturday night request shows, on the likes of RNZ and The Breeze.

My earliest kiwi music memories are the likes of Snappers' ‘Buddy’, DLT & Che Fu’s ‘Chainz’, I recall vividly seeing Fur Patrols' ‘Lydia’ on the TV for the first time too! All the modern day classics are burned into my memory; Scribe, Nesian Mystik, The Mint Chicks, The D4 and The Checks. I also grew up to the soundtrack of my dads' own musical explorations, likewise burned into my memory.

My own musical journey has been a strange one, I began busking at high school, and as I moved into university I began performing. I started playing in a folk two-piece with Deirdre Newall (Tiny Pieces of 8, Delgirl) and then somehow found myself in a short-lived psychedelic three piece. When I say short lived, I mean one gig. But I also began performing at the local folk club, and played my first billed gig as a solo artist, at the Careys Bay Hotel. After conquering that, the rest began to happen easily.

I was in Christchurch with the group SCUD, which I wasn't in, but they had a technical disaster on-stage, so Deirdre and I got up and blasted out a rendition of the folk song Little Sparrow. That was the first time my now-friends had seen me perform, and somehow it did the trick. When I moved up here, I found myself being given support slots for my new found rock'n'roll friends, and began to seriously write music.

After around two years of living in Christchurch, and going to gigs, Jamie Stratton (BnP, Hex Waves) recorded an EPs' worth of songs, and needed a band to go with it. That's how Kool Aid was born.

I've been incredibly fortunate to have ended up in Christchurch when I did, I arrived in the summer of 2012/2013 and there were gigs nonstop. Everybody I met was incredibly welcoming and kind, but I was also lucky to end up in a musical flat with two of the most popular boys in the scene. The Christchurch music scene is definitely diverse, and there are very clear factions eg. Uni bands vs. Electronic producers vs. Indie rock vs. Punk, but everybody gets along, and is supportive of each other. Which is incredible. That sense of community is something I was never able to tap into in Dunedin, I think it's something that is very obvious to other musical communities around NZ, too.

It seems that when touring bands come through, they are equally as excited about what Christchurch has to offer, as we in Christchurch are to be making it. It's like catching up with a cousin you haven't seen for a while! You'll share stories and jokes, and connect through common interests. Using social media to connect has also made it so much easier to engage and react with bands from other cities, and strengthens the connections you might've made late one night in a dark bar.

Through platforms like RDU and the SRN, and the sheer drive of our locals we are making waves. There's a sense of community with bands from Auckland, Wellington and Dunedin, as everybody has met each other at festivals, or has heard each other on the airwaves, or has read about each other in Under The Radar.

Going on a trip out of town, and being able to meet up for a meal with musicians whose music you love, but who you also can connect with on a personal level (and vice versa) is such a thrill!

With regard to my own journey, I've loved every moment of it. There have been hurdles, namely with regard to writer's block, but being able to plug in a guitar on a stage (no matter what size) and play something I've created is reward in itself.

One of the biggest highlights for me was releasing ‘I Want the Sky to Be Crying’. It was the first time I'd ever liked a (solo) song enough to let it out in the wild. It paid off. I played it to several friends, and submitted it to RDU and I managed to chart in the Te Ahi top 10 and in the SRN top 10. I've had other moments of joy, singing live alongside my dear friend Michael Summerfield in his band Cowboy Machine, and in our folk duo Tacoma Mould.

The release of the Melted Ice Cream compilation; ‘Sickest Smashes from Arson City, Legacy Edition’, was a huge moment for Kool Aid. Our track ‘Tunnel Vision’ was played by Karyn Hay on her show Lately, With Karyn Hay, as well as making the Top 20 Hot Kiwi Singles chart. Huge moment.

Off the back of my most recent recordings, I've been lucky enough to be included on the line up for both Nostalgia Festival 2021 and Banks Peninsula Festival 2021, and was a part of the inaugural Made in Canterbury Festival- at the Isaac Theatre Royal.

It's an out of this world scenario seeing your name on a giant billboard for the first time!

I mentioned Under the Radar earlier, and they are the biggest loves of kiwi music! Without them the musical landscape would be a dry, desolate place. UTR helps musicians and fans to connect, and is THE place to find out what's going on. They were kind enough to feature the video for my song ‘Pop Pop Pop’, and the ‘Family Portrait Revisited’ music video release!

Without giving too much away, many of my songs are self referential in some way. There have been some that have been off the cuff, but snippets of conversation, distorted points of view, and more recently- declarations of affection.

Something I learnt far too recently, is that there are no rules. When it comes to lyrical content, or the songwriting process. Each song is different from the last, and will be different from the next, and as such, it's totally fine for it to come about in different forms! There are some that began as a bass riff, or a drum beat, or others that were lines and lines of text without melody. Just making sure you finish the song is all that matters. It doesn't have to be perfect, it doesn't have to be an award winner. The joy is in sitting back and saying "I actually made this" and feeling satisfied in your achievements. From there you can find which songs you like the best, or which ones make you bubble over with pride, and they are the ones which you instinctively know to release.