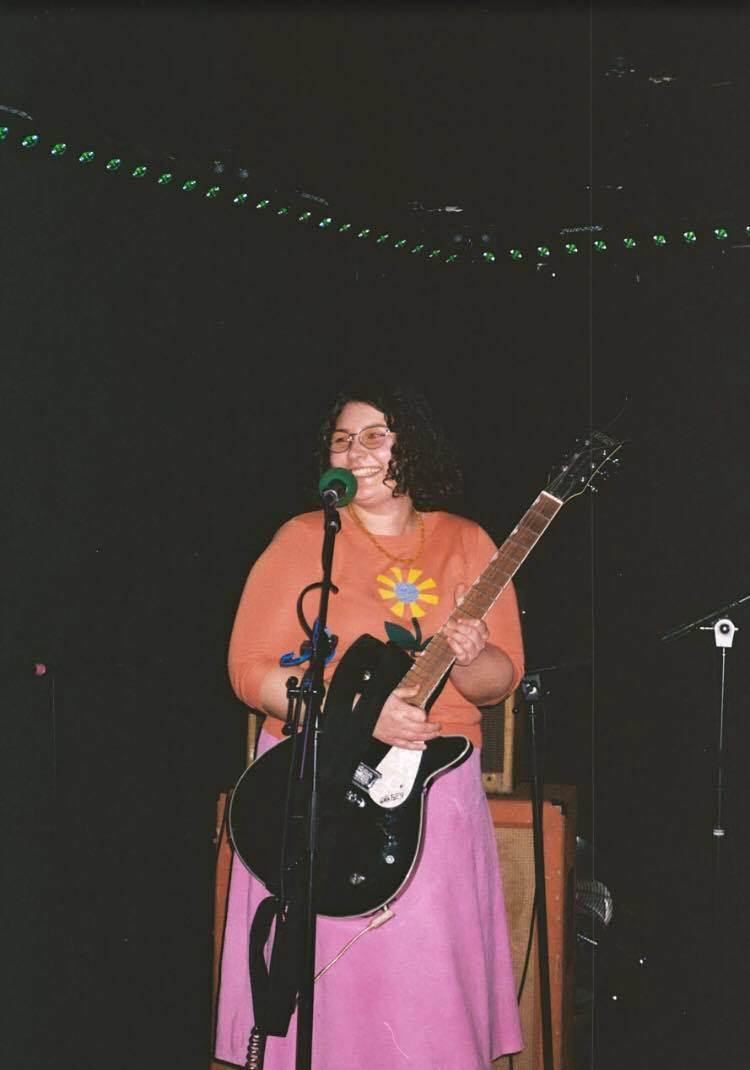 I'm from Taupō. My Gran was a pianist and taught me how to play when I was super little - she and I would sing and play nursery rhymes on the piano. When my Mum was a kid she also taught her, and my Mum then went on to play clarinet and saxophone. My Grandad had a tape player, and I would sing little songs and record them when I was super young, so all of this was my introduction to music really. I joined my school singing group when I was 7, and then started learning guitar when I was 8.

I participated in Smokefreerockquest in the Rotorua region through years 11 to 13. For me, it was the event of the year! I first participated in 2011 as a bass player and back up vocalist in a band called Brand New Balloon. We played indie synth pop with a cello. For the next two years, I entered as a soloist playing electric guitar and singing - my music back then was some kind of rock. Ideally I would've had a drummer, but I went to a small school and drummers were scarce.

After school I went to Auckland University and studied a Bachelor of Music majoring in Popular Music.

What’s been the most special part of your musical journey so far?

The most special part of my musical journey was when I was a kid and having fun singing songs on the piano with my Gran. Even though she was a strict teacher, she introduced music to me and showed me how much fun it is. I'm really grateful it was introduced to me at such a young age, because it has been the main leader of my life.

My writing process changed a lot after studying music. When I was in high school, my writing would start from fiery emotional outbursts where I'd be in my room with my guitar up really loud and just yell and cry. The crying part has stuck (haha) but now I have a much more methodical approach. I start with a couplet in my head, and then write a chord progression by picking a key. I then write out that key in numbers and pick how discordant I want the song to be (I love chromatic progressions and tension). Then I think about the message I want to get across and the most apt way to do that. I free write nonsense lyrics and then get rid of most of it.

The way I choose songs to record and release is simple; if the song doesn't make me feel sick then I suppose other people can hear it too haha.

Two things I've learnt in my journey, are you need to allow yourself to write bad stuff. I finish every song I start, because you can't believe the meanie in your head who says everything you do sucks! By finishing the song, I'm telling that meanie they're wrong and sometimes that song can actually be alright.

The other thing I've learnt is to just make noise. Taking up space is fun. What I want from music is fun and expression. I started because it was fun and it's important to remember it's not about being a smarty pants it's about having fun.