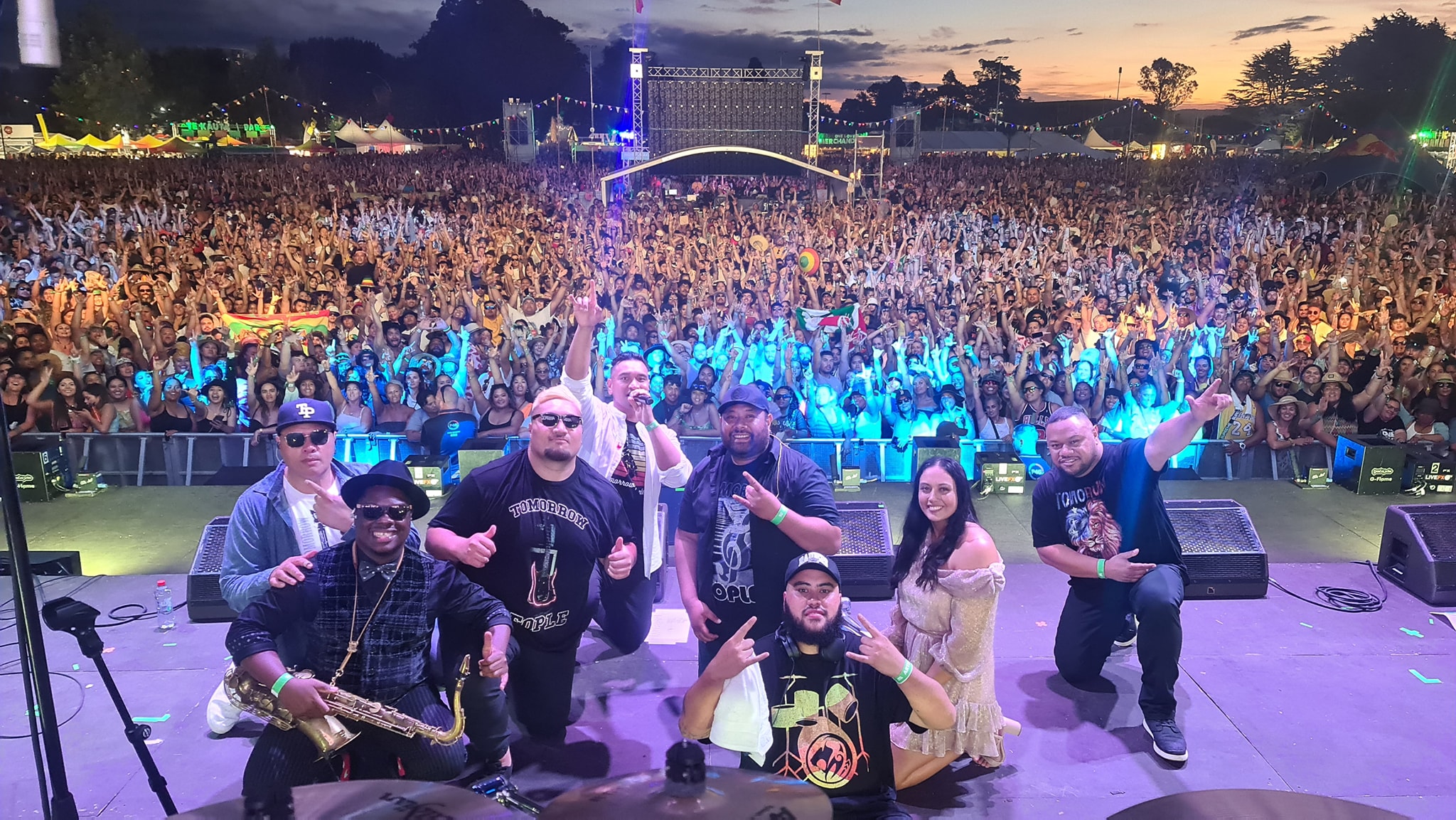 Tomorrow People was formed and is based in Wellington, but we also have members that live in Auckland, Palmerston North and Levin. We are of both Samoan and Māori descent.

When we were growing up, there was definitely a lot of music around. For most of the members we were actually more involved in the school and church choirs growing up. At college (a long time ago) we really wanted to perform at Rockquest but we didn’t actually have a band! There were actually no bands at our college that time, only choirs and brass bands.

After school some of the guys went on to study music at Whitireia School of performing arts. Others went to University, didn’t study music, but continued to do it as a hobby.

One of the special moments of our career was organising a project called “Aotearoa Reggae All Stars” alongside one of the members from Sons of Zion. In 2013 we got together the biggest reggae bands in NZ and did a remake of the Herbs classic “Sensitive to a Smile”. All proceeds from that songs went to charity and we managed to hit #2 on the Official Top 40.

When we write songs, we always begin with the music. A lot of times we would just be mucking around on the keyboard or guitar until a cool “riff” comes up. Then we would use that riff to create a “riddim” (beat). From there we would start humming melody lines and freestyling tunes. We record them in, using our phones, voice recorder, garageband, or anything that’s around, then we write lyrics to suit the feel of the song.

When it comes to recording, we have our own studio setup at home where we can record demos. Normally after we’ve done all the pre-production work then we would go into a recording studio to complete the recording and get it mixed and mastered (although when we first started out, we did all those tasks ourselves at home).

Know that the industry is small, so relationships with other artists, performers, writers, crew, engineers, producers, labels, radio, TV and media are key. Build those and look after them.

School up as much as you can by using the free resources available online. The business side of the music industry is just as important as the creative side.