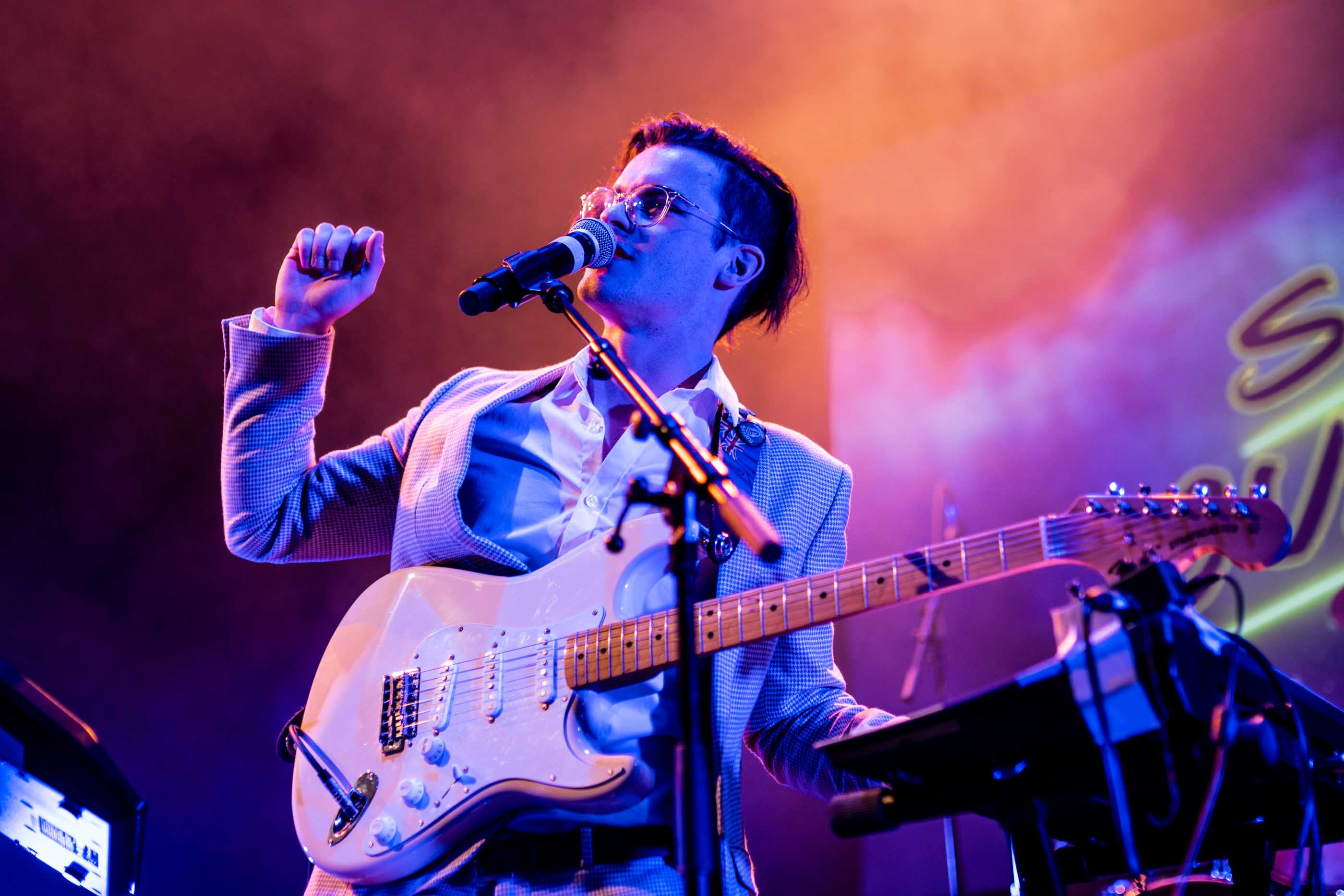 I am from Invercargill, NZ. The deep deeeeeep south. Growing up I had a lot of music around me, although my family wasn’t necessarily musical, I definitely had my fair share of The Wiggles as a toddler, and there was always a classic CD pumping in the car on family road trips too. It wasn’t until I was around 7 that I was exposed to actual instruments. I had a primary school teacher and also a babysitter that played the guitar which I took a liking to pretty quickly.

I must’ve been about 14 when I began songwriting. All pretty basic stuff until I got my hands on a copy of Garageband a couple of years later. I just couldn’t get enough of the endless possibilities and having an actual recording of my own songs. As I got more serious about it I started getting a hand from friends on the production/writing front which changed everything for me. It wasn’t until I did this that I could learn, hear and figure out how to make something better. The sound itself has remained pretty true to me, my upbringing and the music that I was exposed to early. For instance,  I am really grateful to my parents for exposing me to the music they loved from the 80s, which has heavily influenced the music I write.

In 2018 I was a National Finalist in Smokefreerockquest, placing 3rd overall in the solo-duo category that year. That experience blew my mind. I’d participated for 4 years prior at that point, so to have my name on that list of the National Finalists that I’d thought to be just out of reach was pretty cool. It also allowed me to meet so many amazing people that support me so strongly today. To this year's participants I’d say to put your best foot forward! Whether you’re onstage or filming a submission video for the next round - practice over and over until you think your performance is the right reflection of what you can do. I didn’t think I had a hope in hell of getting to the final - you just never know what might connect with the judges.

Since high school I have been lucky to have some really cool opportunities and experience playing music. One that stands out is that I played on R&V’s main stage on New Year's eve 2020, and I think that definitely takes the cake. To be honest I’m still trying to wrap my head around it. I’m incredibly grateful for that opportunity. My first public performance definitely holds a place in my heart as well. I was 11 years old in a packed out local rugby club during the Rugby World Cup in 2011. Somehow I’m given the mic and a guitar about 3 times my size and the whole place helped me along with ‘Piano Man’ by Billy Joel. $50 cash in a beer jug was presented to me afterwards. Made it!

For me the process of writing a song is never the same twice, but lyrics in the notes app on my phone can be a great starting point. Sometimes the music comes first which might reflect a mood on that day. Once something sticks I tend to write, record and produce all at once. That helps me push an idea forward and figure out how it should go next. Once I’m happy with what I’ve done, I’ll send the song to a couple of friends to get their opinions and get together with them to tighten the screws. This might include lyrics, production choices and mixing. Send it away to get mastered and it’s done and dusted.

When I am choosing a single I’ve found that I can figure out pretty early on with a song if it stands out amongst my crowd of unfinished projects. There’s two folders on my laptop: ‘songs’ and ‘ideas’. ‘Songs’ is where the good stuff is (although ‘ideas’ is about 10 times bigger). I’ve learnt to take advice from my friends on what resonates as well. I’ve also sat on songs for 3 years waiting to perfect them.

Keep up the hard work - sometimes things have funny ways of panning out.

Continue to be a nice person. You can’t always control how your music is going to be received, but you can control how you interact with the people you meet.