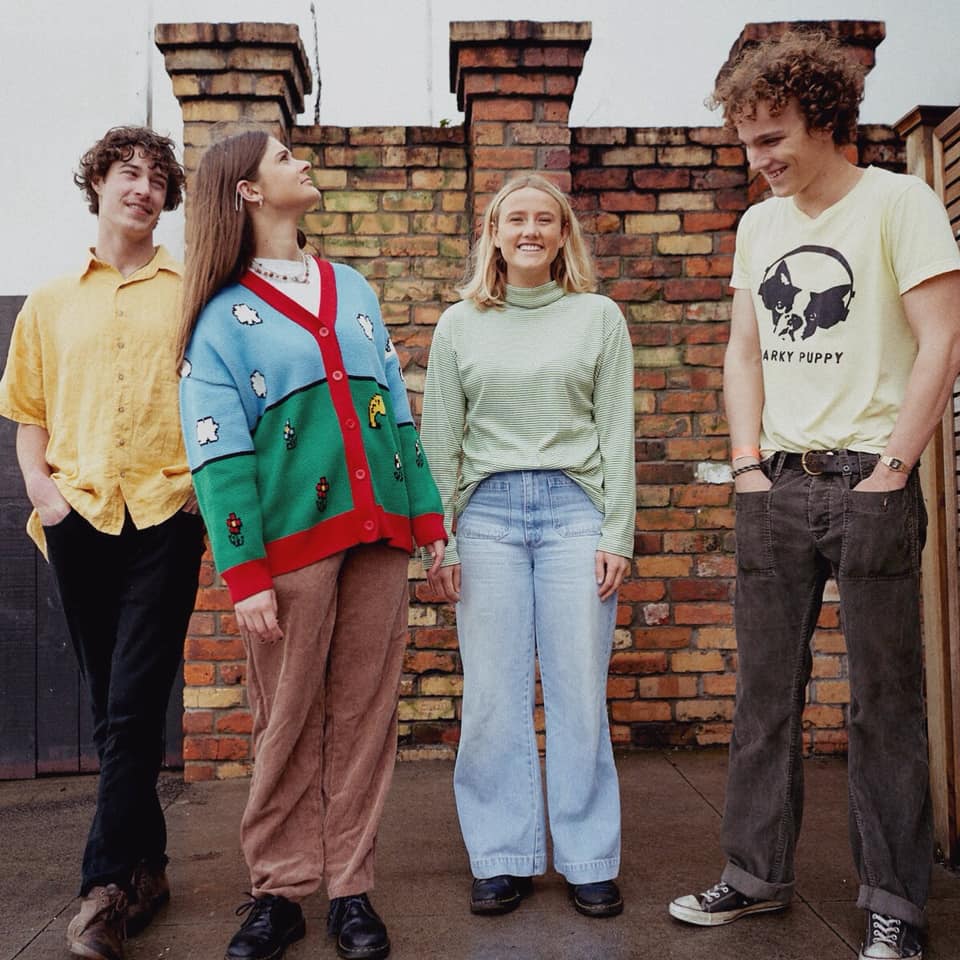 I’m from Christchurch, and there was plenty of music around me growing up! The piano and drum kit upstairs in our home served as a children’s playroom. My mother used to be a guitar teacher, who also grew up singing, as well as learning the violin and piano. Alongside her passion for music, she is also a successful writer and has written poetry since a very young age. I believe that it is from her that I was lucky enough to have an interest in music and in particular, composing my own lyrical and instrument material!

I first started playing the piano and guitar at an age of about six. I then thought it would be cool to play the saxophone but after my school music department told me I was too small to hold one, I was given a clarinet. It was fair to say I was absolutely gutted. Luckily, I grew and eventually began to learn the saxophone. From the drums to the steel pan, my oldest brother has always had musical sounds emerging from behind his bedroom door. My other brother learnt the flute and saxophone throughout high school and now is a producer and DJ. Being surrounded by family that hold the same interests as me makes me feel incredibly lucky. It’s been great to watch each other develop our own pathways and learn from one another.

I think I’ve done Smokefreerockquest every year of Senior School? Yeah! And even Bandquest before that. It’s just so much fun, every single year. I entered as ‘There’s A Tuesday’ and ‘Nat & Jono’ in the solo/duo category of the competition. In the band category, I entered with my band ‘Household’, and another band with a name so terrible I don’t even want to share. We had some wee successes, but Minnie and I (There’s A Tuesday) are the only ones who were lucky enough to go to the national final!

The biggest thing I learnt throughout Smokefreerockquest is how many great musicians are hiding behind trees and other large objects! New Zealand is so underrated in regards to the musical talent that we have! Entering a completion like Smokefreerockquest, you meet so many insane and also just lovely people who enjoy playing music too! I also learnt that nerves are good until the point your palms become sweaty and you drop your guitar pick.

I’m up in Auckland this year studying a Bachelor of Music and a Bachelor of Arts: majoring in psychology and communications at the University of Auckland, which has been beyond fun. As well as choosing to study music, I am also creating a bunch of music outside of this with ‘There’s A Tuesday’ and ‘Nat & Jono’. Both duos are releasing a bunch of new music after isolation (woohoo) and when it is possible once again, are planning on a tour of four!

Winning Rockquest alongside Minnie has definitely been the most rewarding experience! But there are many other special times that I am grateful for. Jono and I recorded our debut single ‘Constellations’ and EP with Lead singer of the band Nomad, Will McGillivray. He is a huge role model to me, and to have him produce/hum along to songs that Jono and I had written was really very special. To celebrate the release of the EP with Jono, and the next year to celebrate ‘There’s A Tuesday’s release of ‘Piñata Head’, we held release parties at our favourite Christchurch venues, Lyttelton Records and Wunderbar. Both were rooms of our favourite humans dancing and singing our lyrics. I feel incredibly warm and lucky when I look back on these shows.

I write a lot of my songs about experiences that I’ve been lucky enough or not so lucky to have had throughout my funny eighteen years. Some of my favourite songs I write though are usually about people. Somehow I have been lucky enough to surround myself with people that shake hands with the sun. There’s so much I could say about each and everyone of them! In saying this, when I then meet people who act or say things that are a bit unwanted and not so cool, it makes writing easy then too! As I just write the opposite that I would when speaking about those I love.

I guess my writing initially begins with a series of thoughts about a particular event or person, usually followed by a conversation with Minnie, some tofu, and then a melody and some chords. I mostly always have a lyrical idea first before I add musical notes and other fun sounds.

I don’t like to take a song into the studio until we are really comfortable with it, and feel a sense of satisfaction when playing it in my bedroom.

It sounds really cringey! But I would say that good things do take time and everything does actually happen for a reason. For example, I remember crying after Jono and I didn’t get through the Rockquest final in year 11 hahahah whoops. We actually looked back at our submission video the other day and were shocked that we even got as far as we did! I am now over the moon that we DID NOT get through. The songs are simply terrible. It just wasn’t our time. We have had so many other cool opportunities! One thing isn’t everything.