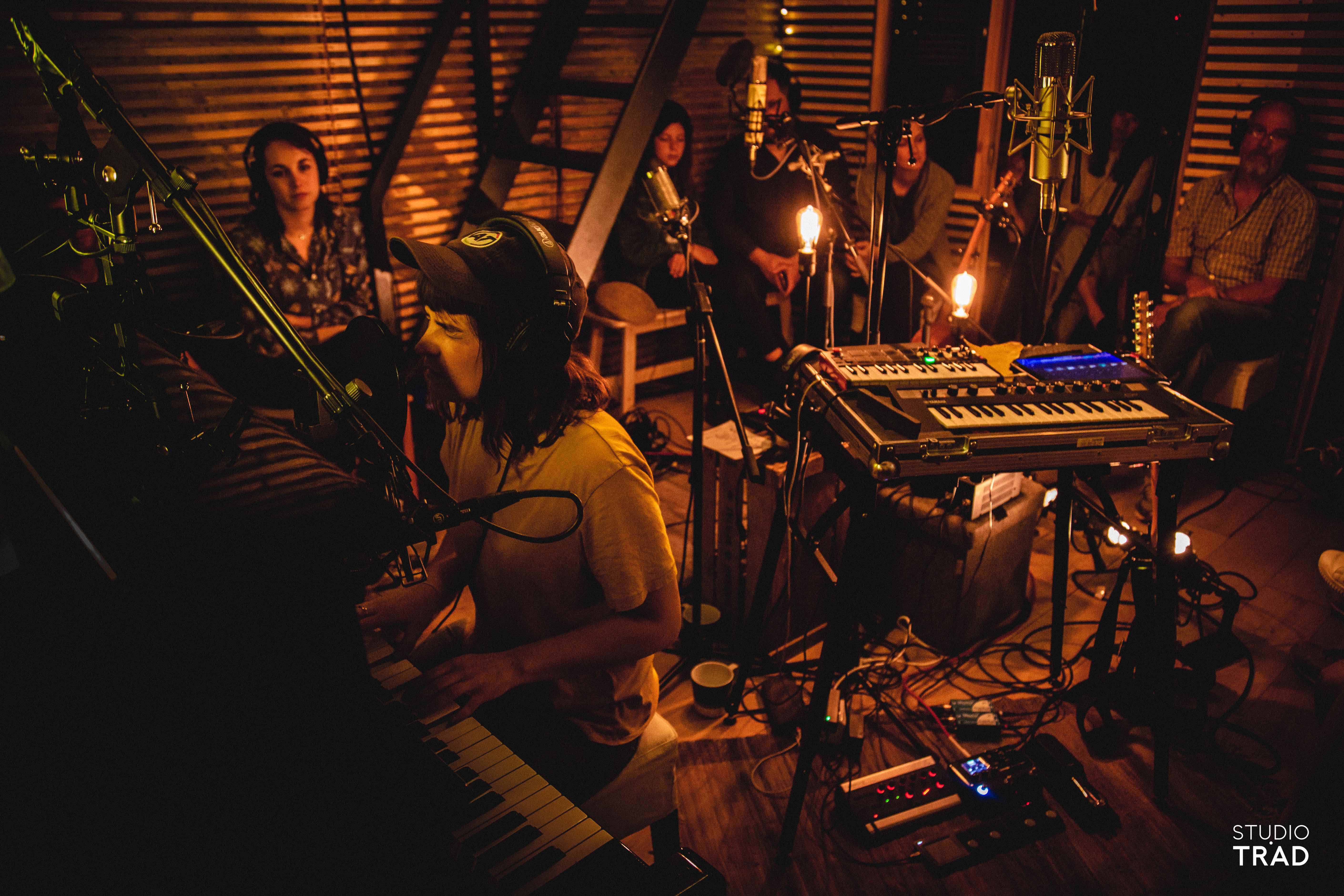 I grew up in Hillcrest, on the North Shore of Auckland. But I feel more energy and belonging on the other side of the Bridge. Growing up, I remember specific songs learned in kindy and primary school, and some of the thoughts and feelings I had about them at the time. I started taking piano lessons when I was 7, before giving it up five years later when it all became very classical. I have four siblings so throughout the years there would always be someone in the house practicing guitar, piano or recorder.

As a kid and then coming into the teenage years, I heard what my parents and siblings were listening to, and some of it made an impression. Simon & Garfunkel, The Cranberries, The Beach Boys and Radiohead were a few of those.

I didn’t know Smokefreerockquest existed until after I had left high school! I started writing and performing songs from age 15, but I don’t ever remember ever hearing about it at the time. The big deals at my high school were the rugby team, the Jazz band, and Stage Challenge. Nothing else seemed to get that much air time.

I’m living in Mount Eden, Auckland now. And unless I go rural at some point, I don’t want to be anywhere else for a long while. I recently got back from living in Berlin for a few years. I was finally doing the thing that people had been telling me to do for years – I was taking my music overseas. But to pay the rent there I had to tour so much I burned out, and it’s going to take a couple of years to recover, I think…

So where I’m living now – this little unit near Maungawhau with my partner, a couple of friends nearby, and a little garden – it feels like all I need in the world.

Apart from taking some lessons in piano as a kid, and then a year of classical guitar lessons at around 14 or 15, I haven’t studied music. I’ve met lots of people over the years and we all approach music in different ways, with different values and goals. I prefer to just feel my way with it.

My journey with music is so closely entwined with my own personal development, it really all feels quite sacred to me now. My songs are more like diary entries than anything else. They wind through confusion, relationships, hope, heartbreak, and quiet thoughts I’ve had at different ages. When I am old I think this audible diary will transport me back into memories and headspaces that otherwise may have been lost.

A specifically special turning point came ten years ago when I toured Australia and New Zealand with Brooke Fraser as her support act. We played 12 shows and I got to know her awesome band members who watched my performance every night from the side of the stage. They encouraged me so much and were so kind that after the tour I had the confidence to start work on my first album.

A few years before that, Neil Finn left a voice message on my phone – that was buzzy, and another special moment that stands out.

I might start with a thought, a concept. Or I might just sit down at the guitar or piano and play chord shapes until I find something that resonates with me emotionally. From there I will keep exploring chords until I find a progression that I just crave to hear over and over. This is where having limited training works for me. If I knew more theory on guitar or piano then I don’t think I would stumble on interesting chords in the same way, or be surprised by what I hear when searching for something. I might be more inclined to judge what I am doing while I am doing it, or be too intellectually aware.

For me it’s all about emotion. If I feel very strongly about a song, I record it, regardless of what anyone else might think. If I have a collection of songs and I’m working towards an album, I’ll play them all to my producer, Nic Manders. Most of the songs are usually completely written, and then there will be a few that I’m not sure about or haven’t quite structured yet. Nic is a very sensitive person too, and he reads me well. He’s very careful with his words and will share his opinion gently, if asked. There is a lot of trust and respect in our relationship so it works well. If neither of us are totally sold on a song we probably won’t record it. I find studio work very delicate and exhausting; I don’t have energy for songs I’m not totally sold on.

In preparation for my last album The Lay of the Land there were a handful of songs written about drinking too much and doing dumb things. In writing I was really trying to purge some toxic stuff! In the end, only “Sober” made it to the album. The others needed to be written but maybe didn’t need to be heard.

Oh… there is so much, it almost hurts to think about.

But firstly: You are as worthy of this work as anybody else.
And also: Let others get distracted by the industry, the accolades, the fame – and just make music.