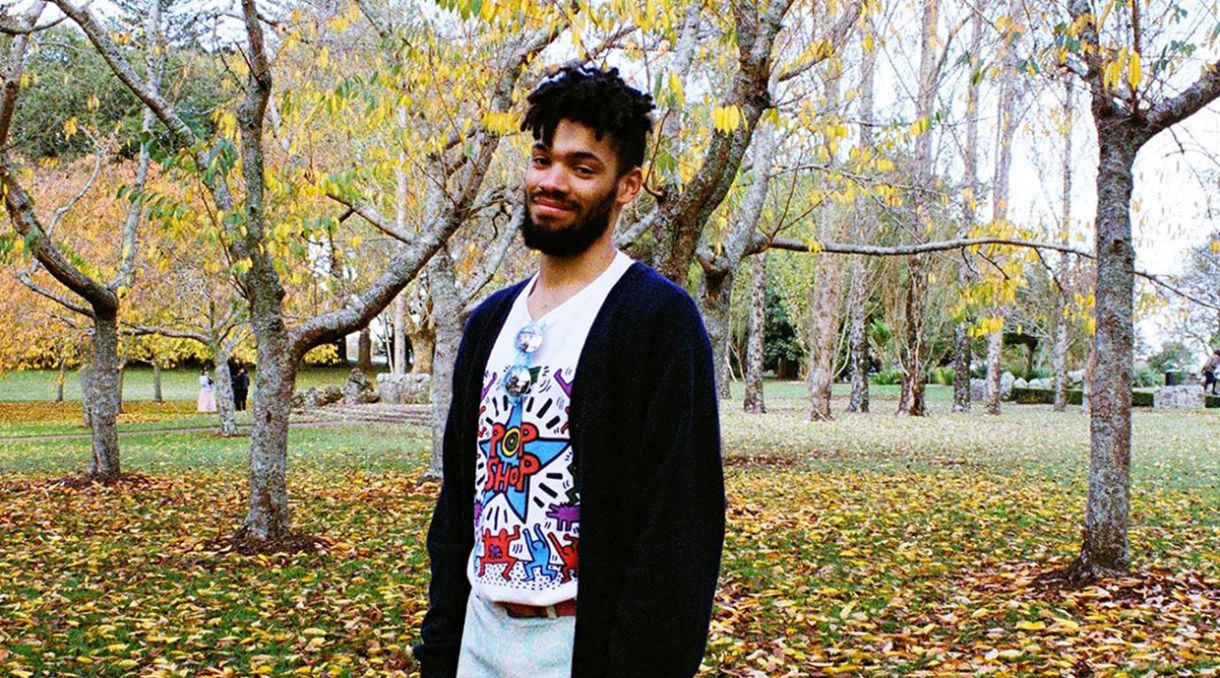 Howdy! I grew up in a town called Basingstoke in South Central England, however I have been living in New Zealand for the past 13 years – the majority of those in East Auckland. My memory is pretty shocking, but from what I can recall there was a lot of R&B and reggae music growing up, as well as a few of the classics (Stevie Wonder, Marvin Gaye etc.). My Father was a DJ for a period of time and my Uncle a producer, so there was always some degree of music being played around the house.

I think there was a bit of a dramatic shift once we moved to New Zealand, and I kind of developed a taste of my own. I think perhaps the smaller amount of radio stations probably didn’t cater much to what I was wanting to listen to at the time, which led to a little more exploration.

I actually didn’t participate in Smokefreerockquest! I don’t think that I really even knew what it was at the time. My High School (Macleans College) was pretty dominated with Classical music and Big Band, so if you wanted a different stream of music you would kind of have to go and find it yourself. That said, I wasn’t writing music at the time so I don’t think I would’ve entered anyhow!

These days I am based in Morningside (at a relatively run down flat with 5 other lovely individuals and 2 chickens). I’ve been here for just over a year and a half now.

After High School I took a year off to work (definitely didn’t work as much as I should have) before attending the Auckland School of Music for the Popular music (songwriting) degree. I’m actually not 100% sure what led to that decision other than a feeling. I hadn’t actually written a song before and part of the entry requirements for studying there was to submit a video performance of two original songs. Needless to say I am very lucky to have been accepted.

I graduated from the music school longer ago than I would care to admit, but since then I have bounced around on a few projects before settling in with my current one, Lucky Boy^.

One of my favourite memories from studying probably has to be seeing Amelia Murray (Fazerdaze) perform. That was probably within my first 6 months of attending and I was spellbound. The students in 3rd year when I was in 1st were all amazing and it was quite inspiring (as a beginner level songwriter) to have a level of quality to try and attain during my time there.

Since leaving, a special moment for me is anytime someone I admire reaches out or agrees to work with me. I’m probably in 6 or 7 bands at the moment because I can’t say no and I am extremely honoured to have been asked to play for someone else. I have relatively low self-esteem as a musician so any appreciation from my peers really does make me content.

My process changes from day to day or song to song. If I’m low on ideas, I usually just have a look through my voice memos or badly labelled unfinished demos to see if I can embellish them at all. Normally though, I start with a “feel” which generally informs where the song will go. I often like to categorise songs based on daytime or night-time rather than an emotion, because I leave the lyrics and melody until the end.

From there I will flesh the whole song out to get an idea of length and timing. I like to eliminate as many variables as possible so that the finished music helps me find the melody and lyrics. HOWEVER, some of my favourite songs I have written are the ones where the vocals came first, so I should probably try and do that more often.

You use a lot of sounds and unique instruments in your music. How does this influence your songwriting?

I definitely have an affinity for physical instruments, I tend to get tired of trying to change settings on a computer with a keyboard and mouse. There’s definitely something more rewarding about being able to touch something and feel the response, and every instrument has a slightly different feel to it.

I think as music has become more accessible to write and record from home, you can now hear pristine pop songs that sound like they were made in a studio, but were probably done in a bedroom. Which I think is amazing, however I think I still sway to the side of wanting my music to sound like it was recorded at home. My bedroom is probably my favourite place on earth and I would like people to hear that (without actually having to invite them over). So I definitely go out of my way to use older, more beat-up gear that adds noise and warmth to the recordings.

I went through a big phase of writer’s block a few years back. I was starting lots of songs but I couldn’t seem to finish a single one. That was around the time I started my most recent project, with the goal of finishing as many songs as possible. So since then I tend to release as many songs as I can, once they are as close to finished as possible. I put them all on my Bandcamp, and save the best of the best for Spotify. There is definitely a very satisfying feeling you get from completing a task you set yourself. I still have trouble with the last 5-10% of a lot of my songs, but recently I have been working with other musicians on recordings and it really helps having a second opinion to help out.

As far as Spotify releases go, I think I am a little old fashioned in that I love albums; I’d prefer to spend a long time putting together a single cohesive album than release single songs in quicker succession.

Numero uno, STOP COMPARING YOURSELF TO OTHER PEOPLE. It doesn’t help, ever.

Number two, is that your story, journey and skill is just as valid as any other persons. There is space for you and it might not seem like that always, but it is true nonetheless.