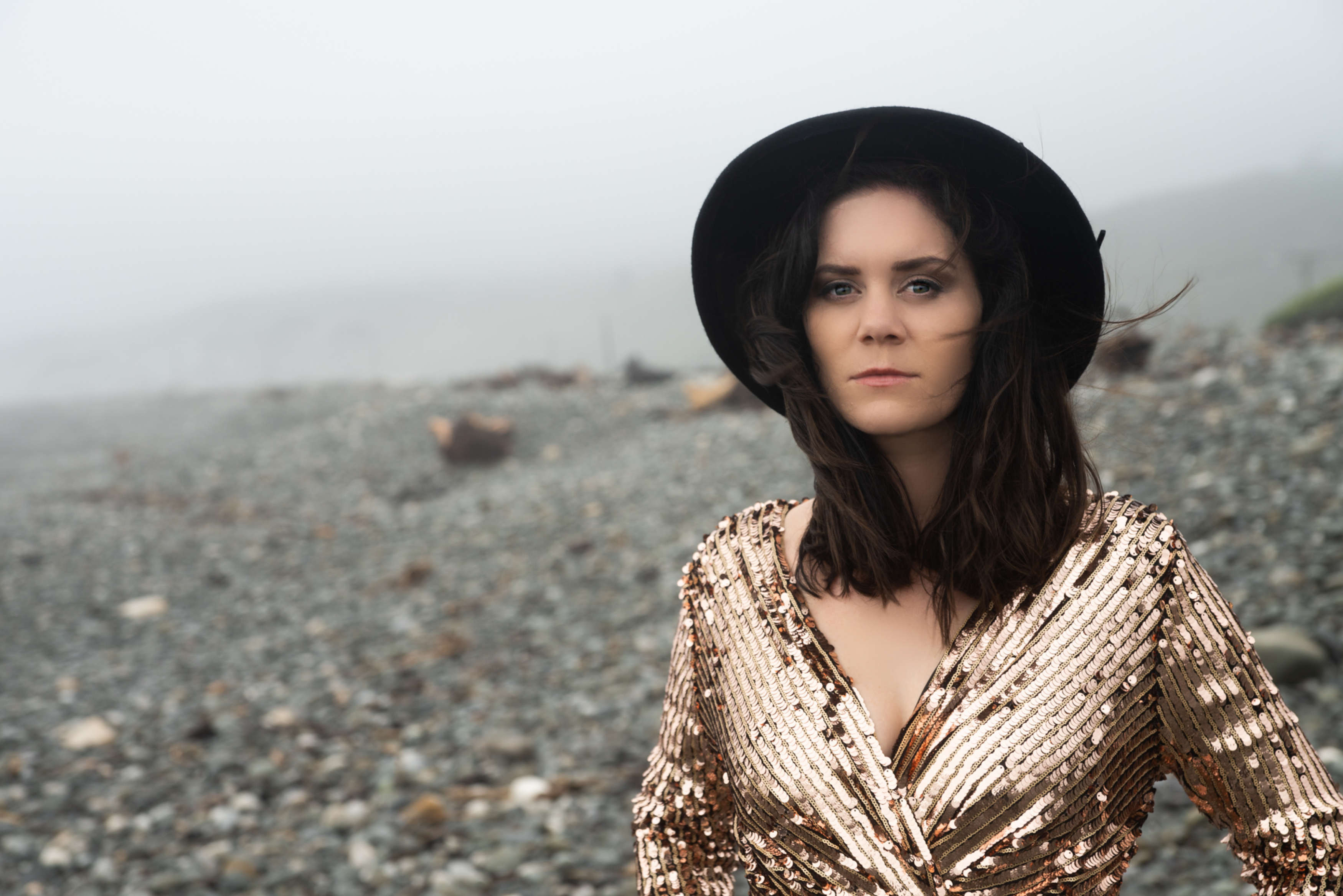 I'm 5th generation West Coast - raised in Hokitika. Both sides of my family love music; on my Mum's side there was always country music and piano being played, and on my Father's side they all sung ‘The Irish Rovers’ tunes at Christmas. Dad would have rock music cranking and Mum would have the solid 80’s pop songs playing on the radio, so there was a very eclectic mix of music going on in my childhood. Dad used to be a drummer in multiple bands and brought an old drum kit at a garage sale when I was about 10. I quickly took it up from there, started getting lessons and joined the municipal brass band.

I entered the Smokefreerockquest two years in a row, as the drummer in an all girl rock band called Aprillis. I won the Women's Musicianship regionally and we managed to get to the national semi-finals in 2001 - I think I even managed to win the regional songwriting competition one year.

Now I live in Christchurch where I work at SOLE Music Academy and continue to write, record and play live shows.

Since leaving school I have had a number of different jobs - I've been an apprentice hairdresser, florist, bartender and social media manager. I studied and gained a Dip. in Business Management which has come in handy. Every job I've had has definitely ended up helping me in my music career, as I've learnt how to read people, how to manage my time and set clear goals. In order to pursue music I think you need an even mix of talent, grit and patience.

Winning the right to open for Sir Elton John was a fairly epic event! After playing a 45 minute set with my brother Chris to a crowd of over 35,000 people, we got to meet Sir Elton - I even got a hug. Another amazing project I was invited to be a part of was put on by ‘Global Rockstar’, where they flew me to Vienna and I got to write and record with five other artists from around the world.

My latest achievement, that has been a lifelong goal, was to be a finalist for a Tui (New Zealand Music Awards). I was just announced as a finalist for Best Country Artist and Best Country Song at this year's Country Music Awards. I remember writing this down as a goal when I was at high school, alongside recording an album by the time I was 21 (which I achieved).

What’s your process with songwriting?‍

When starting a new song I typically get a lyrical or melodic idea stuck in my head, then I sit down with my guitar and work the lyrics and melody out together. For my latest album ‘Bittersweet’, I tried a new approach where I interviewed a couple of people I know; I knew that they had an interesting life story or event and from there it felt like the songs wrote themselves. I’ll definitely be doing more of that in the future.

Typically, I’ll book studio time in order to make myself finish songs, as I'm the type of person that needs the pressure of a deadline to finally finish a song. In an ideal world, I would have hundreds of songs to choose from but in all honesty, I usually have around 20 and cull the ones that aren't really doing it for me and work on making my favourites the best they can be. Once you get them into the studio, you soon find out which songs are working and which just aren't. If you're looking at recording an entire album - the feel of the album can also dictate what stays and what goes.

If I could go back to when I was at high school, I would listen to a heck of a lot more artists and varied genres. It really helps develop who you are as a musician and artist.

I would've also gone on to study music - but not for the reasons you may think. Yes, it's important to have an understanding of music theory, however, personally I think it's more important to learn through just getting out there and playing. The reason I would’ve gone and studied music is so that I could've connected with other musicians my own age earlier; it took me a very long time to claim the fact that I wanted to be a recording artist and even longer to put together a band. For my 3rd album ‘Bittersweet’, my goal was to have session musicians that might want to tour the album with me once complete. I was extremely successful in this mission and I now have extremely talented band members that I love working with!