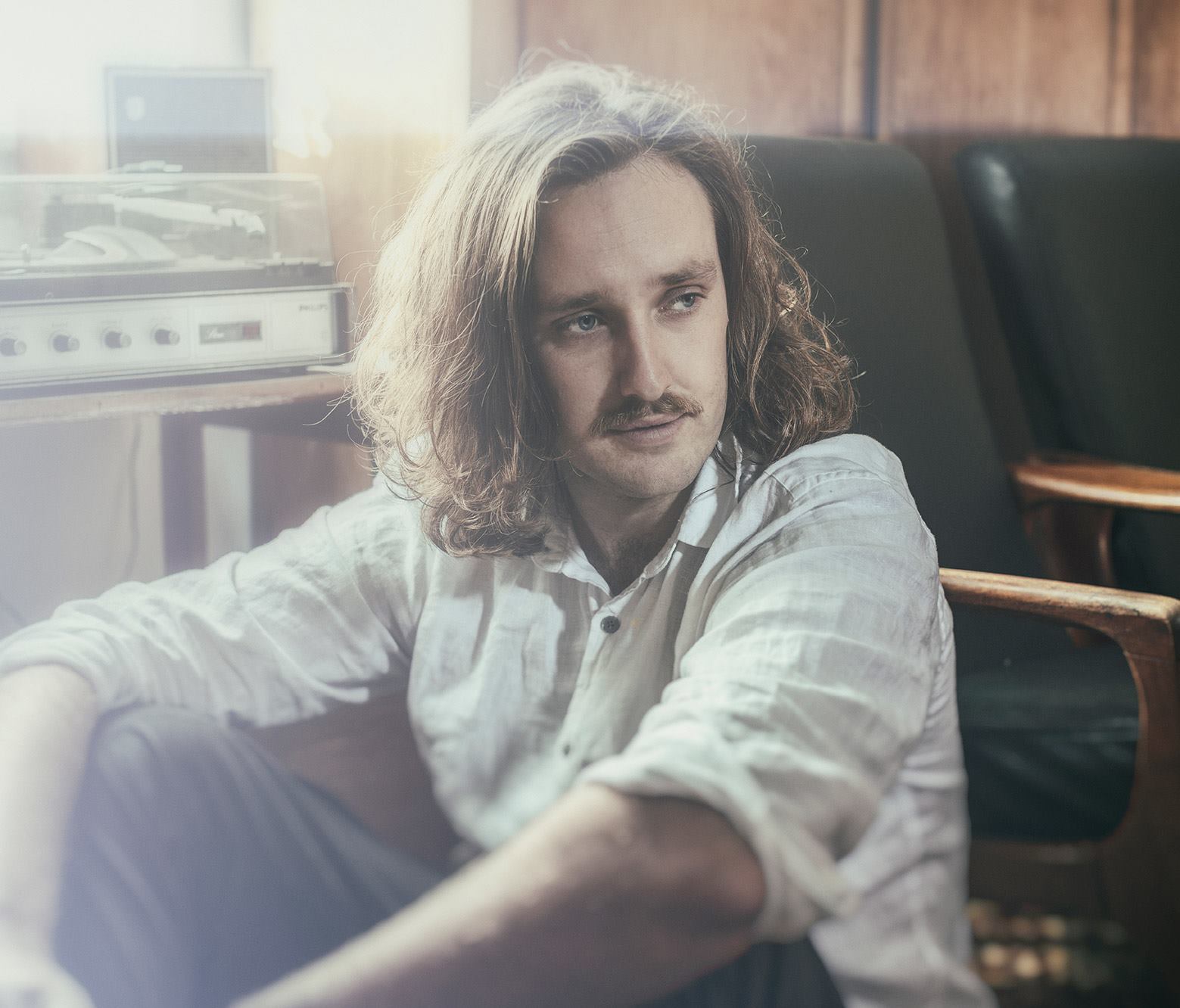 I was born and raised in Lincoln, Christchurch, and our house was always filled with music. While nobody else in my household pursued any kind of musical career, I'm sure we all have very musical bones. In retrospect, I consider myself lucky to have learnt a lot by ear - my older brothers were receiving guitar and drum tuition before me, so I would just listen to what they were practising and then go in and try to replicate what I'd heard. If my introduction to playing had been different, maybe I'd have been more focussed on technique or reading, which would've inevitably ended up in boredom and lack of intrigue.

I participated in Rockquest between the years between 2006 and 2010, in the Canterbury region. My friends and I never did well, but it was the only time of the year we'd actually get our act together and work on our craft. In my view and experience, absolutely nothing can teach a musician more about music than actually playing live, on a stage and in front of a crowd. Rockquest is so important for that reason - it's the first stage most young people will ever play on. If I could give my younger self any advice, it would definitely be to use Rockquest as a launching pad; to search for more opportunities following the heats or finals and keep up the momentum, instead of restarting every year.

In year 13 I decided that I wanted to pursue music as a career. I started to be conscious of making the most of opportunities that came my way. I met a bunch of fantastic musicians indirectly through the Play It Strange Songwriting Competition, who I ended up jamming with a lot. We started developing bands together, and playing and touring as much as possible (all while working through my Bachelor of Musical Arts at Christchurch Jazz School). From my designated position on the drums, I was able to observe what a frontman should do and how the industry works over the span of hundreds of shows, while doing a lot of writing behind the scenes. That led me to launch my own singer/songwriter career, and consequential releases and tours. I've worked extremely hard with some wonderful people and I'm lucky and driven enough to do what I love every day.

The biggest stage I've played on would have been Auckland City Limits, or Selwyn Sounds this year to a 10,000 capacity crowd. The tours I've been on have been just as rewarding though - I've been to Iceland, Australia, The Philippines, America, Mexico and all around NZ with my music.

Releasing my debut album stands out as a particularly special moment. Theoretically the best 10 songs I'd ever written had been released into the world, and it was an amazing feeling. Terrifying, but amazing. It was the birth of my profile as an artist in many ways.

The topics of my songs vary hugely depending on the song's purpose. I guess it's easiest and important to write about love, because it's the biggest concept in the world that the biggest proportion of the population can relate to. So I try to go as deep as I can on that topic, but if the purpose of the song is to make people dance, I'll write whatever sounds good phonetically, no matter how shallow. I also like to observe the seemingly mundane aspects of the life my peers and I live, and try to pull some meaning out of it. I like to be honest and I enjoy life, so I feel slightly fraudulent if I write anything too deep and meaningful if it's supposed to relate directly to me.

My songwriting 'starter' varies from song to song. Most frequently though, it's one or two lines of lyrics (with phrasing and often a melody attached). I will always write at least 2 lines before I try and figure out what it is I'll be writing about - it's much easier for the metaphor / meaning / lesson to reveal itself, rather than trying to force lyrics into a big idea that you've come up with.

For me, most songs are almost fully written before I head to the studio. I might be lucky because I write with all the production in my head, so I don't have to spend a lot of time in the studio figuring out how things should sound. In saying that, I had a few incomplete songs heading into my last session and had a lot of fun writing on the fly. You have to be pretty sure what you've got is going to work though, otherwise you can waste a lot of money. Everybody has access to a computer and a microphone these days - it's a good idea to demo the things you've got to make sure you've got something worth putting down properly.

90% of the stuff you write will be crap. That's part of the process! If write heaps everyday, your 10% of good stuff is going to be pretty substantial. Do not let yourself be disheartened by something terrible you have written.

And secondly, take your time with releasing music. You only get one chance to do it right, so make sure you do! First impressions are important, production is important and release strategies are important.