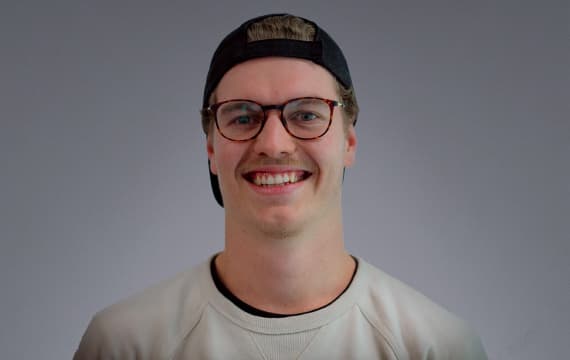 I was really lucky to grow up in Mt Maunganui (The Mount), at a time where there was an abundance of local music. Be it through the Mauao Performing Arts Centre, in school, local jam nights or just playing with my family at home. I was surrounded by, and enveloped in music at every turn, and I wasn’t much good for anything else.

I actually started out singing country and blues music. From a real young age (like three or four) I would compete in local competitions, eventually building my way up to events like NZ Entertainer of the Year, etc. However, this all stopped not long after playing in a band for the first time. I loved the camaraderie and community I felt in a band, rather than performing by myself, or as a featured performer.

I started competing in Smokefreerockquest back in 2009, in a four-piece outfit called RPM. We were still in primary school at this stage, though were welcomed to the competition with open arms. The boys and I have continued to feel that welcoming nature from everyone at Rockquest ever since. We were never any good at the start, won the occasional thing at regionals but all-in-all it was more the fun of writing music and performing with your best mates on a stage in front of actual people. RPM played rock/blues-based music, mostly influenced by the likes of the Foo Fighters, The Chilis, Midnight Youth etc. Rockquest became my onstage home for seven years. Each year we would do your classic cover gigs (weddings, bdays etc.) but would always be solely looking forward to Autumn/Winter. Rockquest Season. The band finished up with Rockquest when our bass player Ben left for University in 2013. Winning rockquest and going overseas with some of the Rockquest crew was something I’ll definitely never forget!

2014 brought on the beginning of Joe’s Van, made up of the same members as RPM: Rory, Cormac and I – but this time without Ben (I switched from Guitar/Vocals to Bass/Vocals). Joe’s Van competed in Rockquest in both 2014 and 2015, we had such a blast, it was so sick. We’d skip classes, telling our teachers we had instrument lessons that period, and would just end in the music room jamming out some Hendrix, Marley, Vulfpeck, Clapton, SRV, Snarky Puppy. That’s where we initially found our sound. Note: Don’t skip class – it will bite you in the ass later. But shout out to Mrs. Stewart, the best music teacher in the country for covering for us every single time we did. You’re bloody awesome.

I have also just finished a Bachelor of Jazz Performance at the University of Auckland, so just developing some things off the back of that at the moment!

Writing with Joe’s Van was awesome but also difficult; we loved to write by sitting on a groove for ages – finding the pocket of where everything sat right and then going from there, letting the groove and the tune develop itself rather than forcing it. It’d usually start with one of us just playing a riff/groove, and the other boys coming in and creating their own part on the spot. We’d stay on a groove for what felt like ages before stopping, having a yarn then recording it once through before shooting back to our next class.

Lyrics always came last; I don’t think any of us really loved writing the lyrics, and to be honest, I’ve only just started gaining a love for that recently. Most of our tunes’ lyrics are comical or taking the piss a little bit; we just thought there’s enough serious, heartthrob stuff out there and we just wanted to have fun anyway, so why try be something we were not (so to speak).

In many ways, this is the process we still use today and one I’ve used for many other tunes and projects:

Start with the music: Whether it’s a lick, a chord sequence, a drumbeat; whatever it is, nurture it. The good stuff will definitely come out with a bit of lovin’. For Joe’s Van and our genre, next and maybe the most important point was to get a solid pocket with your groove, don’t be too fancy, just get something that sits real well. This was the basis for our sound and mentality around playing.

Next was roughly identifying each section, more so to know what was set out to be a verse and more importantly, identifying the chorus and finding a hook for that.

We were lucky that by this stage things usually fell in place fairly quickly. That meant we could spend heaps of time focusing on developing each section of the tune: using dynamics, rhythm, space, timbre to add colour and keep things interesting in tunes that didn’t necessarily have a lot of chord changes, etc.

1. Don’t take yourself or the process/business of music too seriously. I think the most fun, best music, and ultimately most love and happiness that stems from music all comes from dropping your ego. ‘Competitiveness’ can only take you so far and having a laugh with the whole thing is way more fun anyway.

2. Simple always wins. In that I mean learning to walk before you run. Really taking the time to nail your theory, and rudiments like time and feel before peeling mean solos etc. That way when you do get around to playing trickier stuff you’ll nail it and be able to better understand why things sound good and how you can make everything fit/sound better. In terms of writing, I think a lot of people try really hard to write complicated stuff, but that can trip you up.

There’s a real challenge and beauty in writing simple tunes. I sometimes find that more difficult than the more complicated stuff for sure. Have a go at writing a song in 4/4, and using only like two or three chords, make the chorus really stand out from verses etc. See how much punch, groove, and interest you can generate from barely anything!