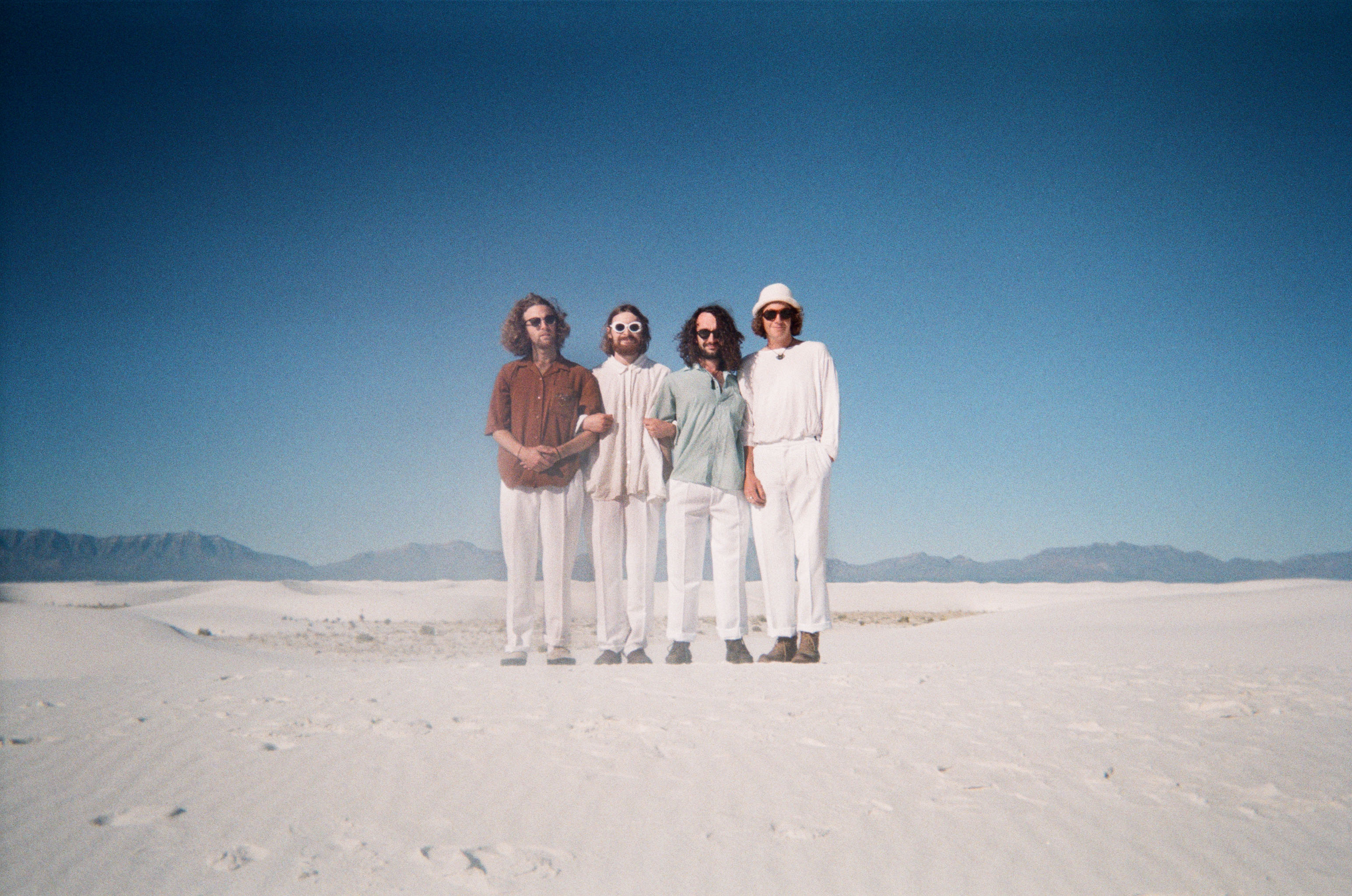 Hi! It’s Henry here from Soaked Oats, I play guitar and do a little singing.

I live in Dunedin, but grew up in South Canterbury on a farm near Timaru. The other three Oats went to school together in Christchurch, and Max and Oscar even went to primary school together. Soaked Oats formed in Dunedin towards the end of our university careers.

There was music around me growing up, very much so. I have one brother who is six years older than me, who played guitar. Naturally I copied him and started playing guitar and listening to all the music he did. He lives in Auckland now and plays in Ha The Unclear.

Our parents are both music lovers and would always be playing music in the house as we were growing up. I have fond memories of driving with Mum and listening/singing along to Moby on tape, and Dad playing The Doors loudly in the woolshed.

The first songs I wrote was in my Year 10 high school band for Rockquest, hastily written in the days leading up to the performance. I’ve been in a few other bands over the years but Soaked Oats is the first band that has been taken particularly seriously.

I write predominantly on the guitar as a melodic instrument, however I’ve started dabbling in some simple synths, drum machines, and cheap keyboards on which I have very limited abilities (I haven’t learnt music theory, and have only been trained on guitar). There’s something about playing instruments that you don’t know well that is really creatively inspiring, and keeps things fresh. It’s exciting when you make things sound ‘right’ on an instrument you don’t know well.

In terms of standout experiences from our musical journey thus far, I can remember the feeling I had when we played our first headline show out of Dunedin, in Auckland at Wine Cellar. It was really exciting and mind-blowing to me that people were coming out to see us in a different city. I always get that same feeling when we take our music to new audiences in new cities overseas. Having people in new places coming to our shows is very humbling and exciting.

Performing at WOMAD this year was a real buzz too, and the first time that I’ve felt particularly comfortable on big stages. In the past it has been difficult to translate our performances on large stages where there’s often quite a lot of distance between band members and the crowd. At WOMAD things just clicked nicely for us, the crowds were receptive and we felt at ease together.

In Soaked Oats we often form our songs as a band, so having the freedom and time to jam ideas for as long as we need to is really important to our songwriting process.

If I’m working alone on songs (as I’ve been doing lots of during this isolation period), often I’ll start with a drum machine loop and play guitar or synths to that. I work with Logic and find it a really useful tool for arranging and building a song. Logic also has a vast array of instruments and plugins, but I find especially when writing that it’s nice to hold a physical instrument in your hands and play that, rather than having to stare at a screen the whole time.

We’re a band of close friends so it’s always a group decision, and everyone has an equally important opinion. It’s really important for everyone to have their say and be listened to. Normally the singles stand out as being singles, and the weaker songs are easy to spot.

One thing I’ve learnt is the importance of engaging with your fans at your shows, and giving the time and energy to have those conversations after performing.

Sometimes you just want to sit down and relax/take a breath after playing, but I think it’s super important to go out into the crowd or the merch desk and take the time to engage with the people who have paid to come and watch you play. I’ve gained a lot from those conversations, and it’s really nice to connect with the audience in a personal way.

The other thing is to play as much as you can, especially when you’re getting started. Look at who is going to be touring in your town and email them and nicely ask if you could support them, put on shows with your friends, and try to connect with other musicians as much as you can. Reach out to members of the music industry (for example – the Music Commission, NZ on Air, local labels, booking agencies) and invite them to come to your shows – those relationships will be very important down the track!