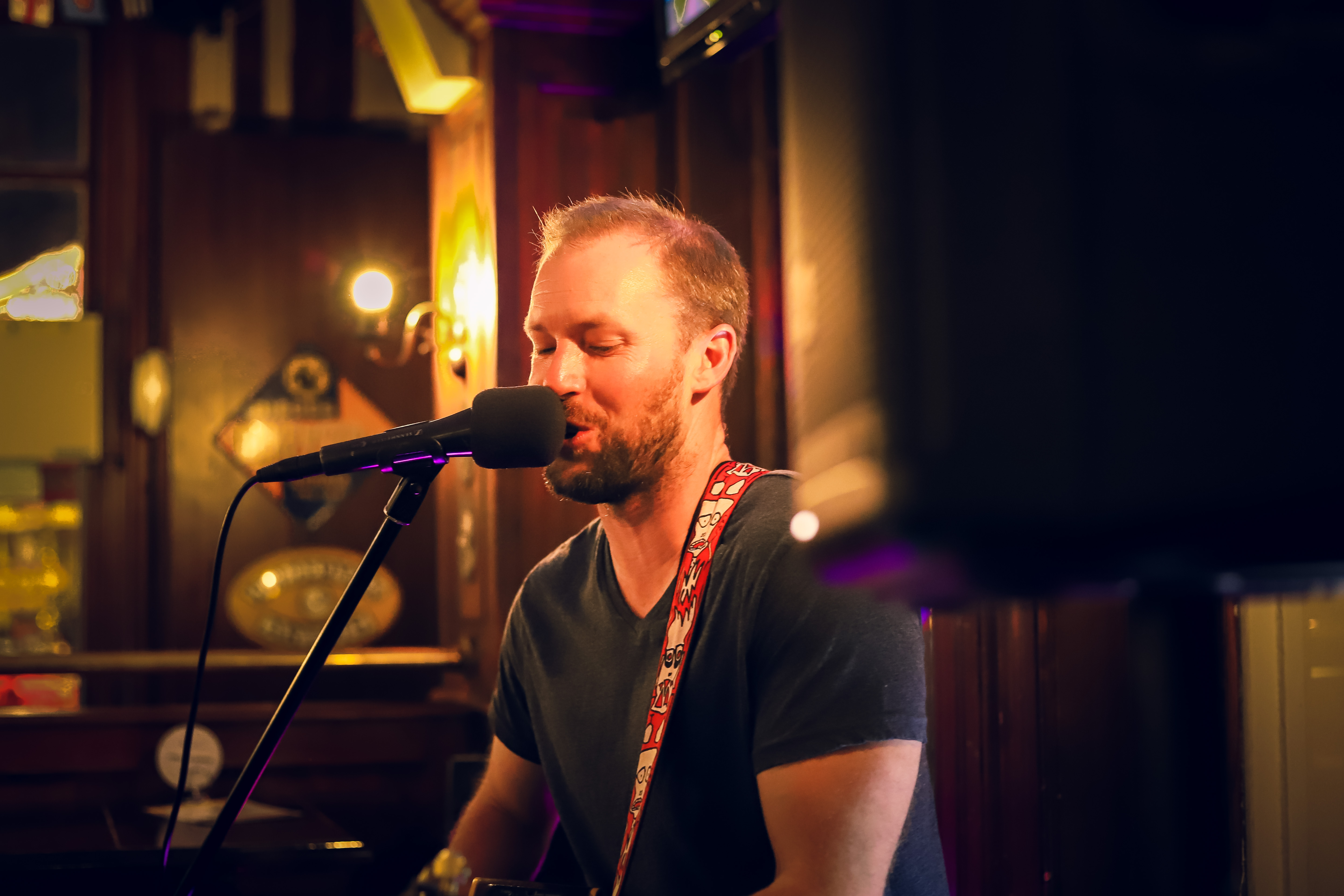 I grew up in the little town of Palmerston North. Looking back, I feel pretty blessed to have had the support of the music teachers I had, as well as a pretty healthy music scene of both originals and cover artists happening locally. My mum always sang little tunes that she mostly made up when I was a kid, and my dad and I used to sing together whilst going up ski lifts! (Pretty sure we were hoping nobody else could hear us at the time).

I’m now based in Whangarei, having just shifted from 10 years in Auckland where I still perform regularly.

Since leaving high school I’ve had a pretty funny musical journey I think. Combining performing as a covers artist as well as an original artist, I’ve been consistently shifting and back and forth between them since leaving school. I studied classical guitar, but never completed the degree - the skills were much more valuable to me than the piece of paper, and from those connections I met Tommy Emmanuel as well as had a few lessons from Paul Ubana Jones. Interestingly, those are my two highlights during the three years I spent studying classical guitar at Uni.

The thing that stands out as most special for me through all of the media coverage and shows I’ve performed, are the people I’ve been fortunate to connect with along the way. Number one for me was Grammy Award Winner Bryan White inviting me to perform a tune together on stage as part of his NZ show - he is such a genuine guy and offered me this opportunity a day after I had been told that I’d never make it in the music industry because I was going bald, by another ‘top industry promoter’. It helped me see who I wanted to become regardless of any sort of success or accolades.

The second would be a note that I received from a young girl, who reached out to share that her life shifted as a result of listening to some of my tunes online. That is something that still motivates me today to keep sharing what I write, and simply letting it go out into the world.

My writing process changes all the time. Sometimes it starts with a guitar riff, sometimes with a vocal line usually with some sort of lyric, and evolves from there. I have things that I’ve written all in and on the day, and then things that have lived as a voice memo for five or six years when suddenly the time feels right to complete the song. I tend to sit with things until they feel complete to me. Like most things it’s a journey, and I feel I’m writing much better now than I used to - learning how to express myself better both musically and lyrically. The best thing I have done for my writing is to take time off or travel, specifically to relax and write. Without typical daily life, it seems that the songs that have been swirling around in my head have space to be put down on paper and finished. I’m simply not good at giving myself that space and time when I’m in my day to day home environment. Even taking my guitar to the beach has me write a lot more and express myself much better.

Recording for me is something that is really lagging behind. I think I've started being overly precious about it, and as such not releasing much. I still wasn’t fully satisfied with the last song I released personally, but was determined to release it before Christmas last year and so out it went. We ended up hitting number 8 on the NZ hot singles charts which was pretty cool. It’s another reminder for me to balance my own perfectionism with simply taking the next step and moving onto the next thing. Speaking of which, I think I need to set another deadline for a release…

If there were two things I could go back in time and tell myself - it would be to be willing to be vulnerable much earlier on, and number two would be to remind myself to still be vulnerable now. Maybe it doesn’t matter if it’s the best vocal day. Perhaps it’s okay to share the song that I know I may just end up crying to whilst singing it because it’s too real and recent. And maybe that’s the realness and human factor, which is why we write and share ourselves so openly as songwriters.