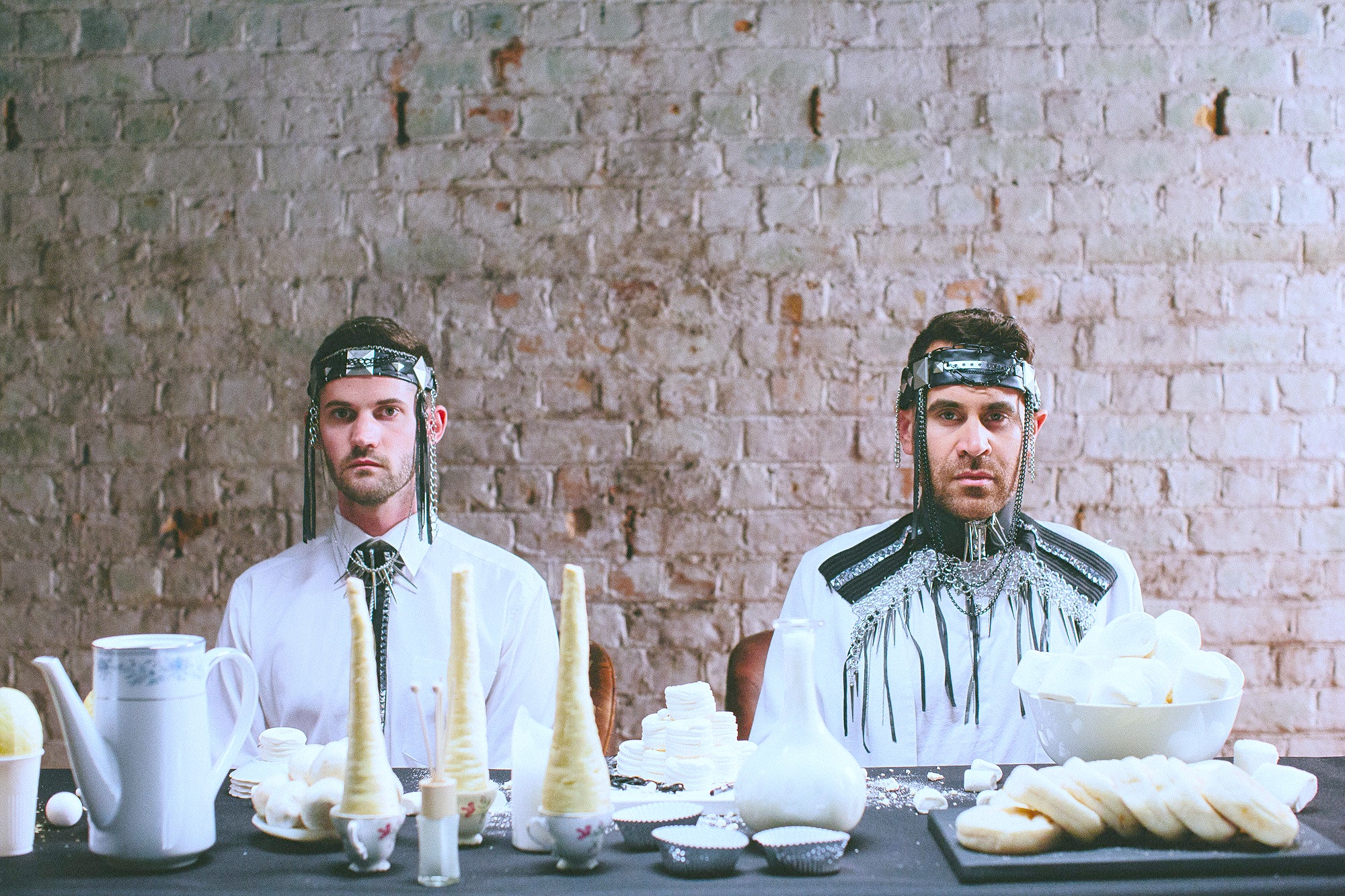 I grew up in Christchurch, now based in Auckland. I was raised on a pretty strict diet of ABBA, Mariah Carey & Fleetwood Mac. My parents adore music but nobody in my immediate family plays an instrument aside from me and my brother; so as a child I experienced it purely as a soundtrack to social gatherings and family time, which probably goes a little way to explaining where I’ve ended up musically.

I’ve realised in recent years though how much music nerdiness I’ve inherited from my Dad. We both listen to anything and everything, and are fanatics for biographies, documentaries, industry news; anything to do with the wider story about how music exists in the world.

I started off very much in a niche electronic music / DJ landscape. Around age 13 some friends and I discovered electronic music; a friends’ older brother was a DJ/Producer so we noticed what he was doing and followed suit. By age 16 we were releasing music, and throwing all ages events that would attract crowds of up to 1500-2000 people; as well as performing in licensed venues in a supposed legal grey area that saw us working the coat check all night to be ‘allowed’ to play the opening set (don’t fall for this!).

By my early twenties I was pretty successful in that space, performing around the country and with a couple of releases under my belt; but was tired of how constrained the scene was - the music wasn’t evolving and the scene people didn’t want it to. I was bored. I had always listened to various genres and took some time off performing to think more about how I could write in different styles. This is around the same time that electronic styles of production became a real force in Pop/Hip Hop/pretty much every style of music so luckily it felt like a pretty smooth transition creatively to take what I knew and put it to use in new genres. It was a valuable experience too; learning that regardless of the genre, the creative process is more or less the same. Just because you’ve only ever made one thing, doesn’t mean you have to start right from scratch when making something else.

You play electronic music, do you play any instruments? If yes, has that had any effect on the music you're making now?

I learned drums a little when I was growing up, which I utilise in some DJ performances, playing percussion over DJ sets. But that’s the extent of my ability, I’m useless on a kit and would never call myself a real drummer. But even that relatively small experience of learning how music is structured rhythmically was a really solid base of knowledge when I started DJing and producing music.

The other side of the coin is melodic and harmonic theory – I could never learn it no matter how hard I tried. Something about the way it was taught in school or in piano lessons just made absolutely no sense to me. I had been writing and playing music professionally for close to a decade before I managed to learn any theory in a way that made sense to me. I was embarrassed about that and it stopped me for a long time from releasing a lot, or collaborating because I was worried my ideas or my music sounded like they were made by someone who didn’t understand music.

And now that I have some understanding of it I realise how little I should have worried about it all that time. Your ears know what sounds right or wrong. Theory helps, but it shouldn’t get in the way of creating, and you shouldn’t feel embarrassed about gaps in your knowledge because everybody has them. As long as you’re open to learning and creating your best work, that’s all the justification you need.

What part of your musical journey stands out as particularly special?

It’s a little contrived but anytime when you really connect is special – it could be any gig/scenario; but when you feel like your audience (in a live or recorded setting) is really picking up what you’re putting down; understanding it, enjoying it (with or without understanding it) – that’s the best and that’s what you chase. So when the crowd reaction is right, or when someone hits me up to say “hey I like that song;” that’s really the guts of what keeps me going.

I start with sitting down to write, opening the sequencer and starting to put notes down. The biggest obstacle for me is always the ‘starting’ so it’s important to acknowledge that and put most of my energy into getting started because I know once I do that the rest will come more easily.

From there it’s just searching for any idea that feels like it has potential and extrapolating out from there. So I might start with drums, chords, a sample, anything – But once I have that seed it’s easy to build the rest of a song around it.

How do you choose what songs to release?

I try not to! I’ve had a lot of trouble in the past with over-editing myself so if I like something, and a trusted group of peers like it, and it feels like there’s a home for it in any of my projects, then that’s enough.

What are two things you have learnt along your journey, that you would tell yourself if you could go back in time

Don’t be shy! Like I mentioned before, it wasn’t until I got past my insecurities around my lack of theory knowledge that I realised that for every person I was worried would judge my melody/harmony; they were worried that I would judge their drum programming, or something like that. Everyone has something to contribute so focus on what you have, and forget about what you might not have.

The last thing I want to share is probably my favourite quote about the creative/music writing process from a really nice chat I had with Nathan King. He said: “Writing music to me is like fishing. When you sit down and start writing it’s like going out to fish – Sometimes you’re going to come back with something huge, sometimes you’re going to come back with nothing. The most important thing is to enjoy your time out on the boat.”