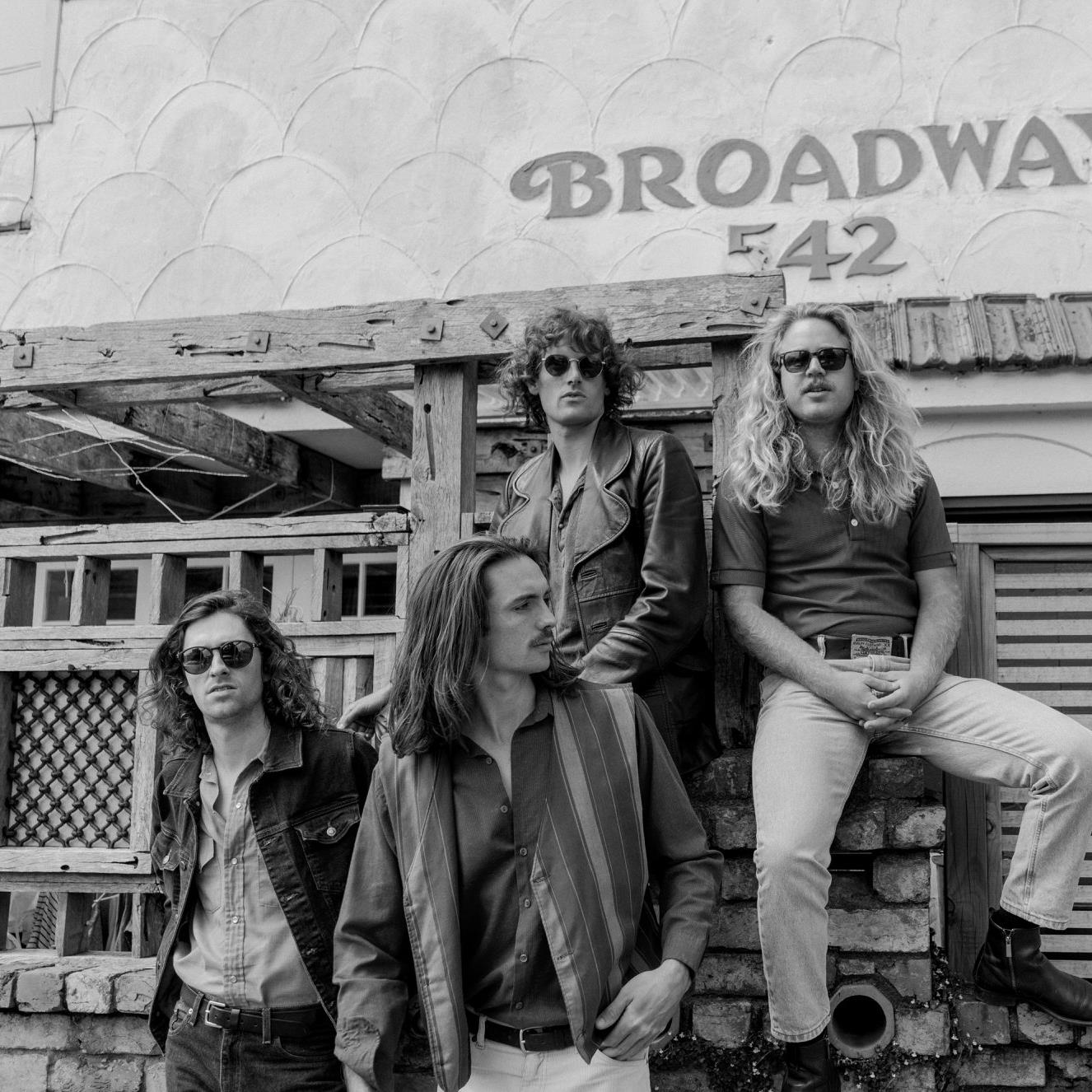 I am a musician from Auckland, New Zealand. Growing up I was surrounded by music. Some of my earliest memories are tied to songs that place me right in a specific moment of my childhood. Live music has always been massively important in my family. My Nana always seemed to have her ukulele on her, and would often sing and play for me and my cousin. We have a very close knit extended family and good old family sing-a-longs down at Whangamata (usually involving three generations of musicians) were a regular occurance. That’s where I really learned to sing and play with other people. Nothing trains your ear better than trying to figure out a three part harmony on the fly for ‘Better Be Home Soon’ with your Uncle and Nana.

My first Smokefreerockquest experience was in year 10 of high school. My band was called Talkbox. I must have been going through a Peter Frampton phase at age 13 as a “Talkbox” was the guitar effect he famously used to make his guitar “talk”. I’ve never owned one of these and probably never will so who knows why on earth I chose that name. Band names are bizarre things. I went to Glendowie College, and back in 2006 there was a seperate heat for Auckland East, so we competed in that region. There were A LOT of bands, so making it to the regional final was a pretty big deal. I think our best result was making it to the regionals and winning best song one year. This was the era of pop-punk and I will always remember being beaten every year by Sam Holdem’s (Skinny Hobos) band Malford. They nailed that sound with killer vocal harmonies and clever pop arrangements. On the other hand, my band was desperately trying to be the Foo Fighters which we were maybe too young to pull off convincingly.

The biggest lessons I learned from Smokefreerockquest were probably stagecraft, confidence and professionalism. The Smokefreerockquest stage might as well be Spark Arena to a 13 year old, so if you approach your performance with the sort of mentality and respect that a big show deserves- you can convince any audience that you belong up there no matter what genre you’re playing.

It’s incredibly daunting coming to the end of high school, having realised that music is the number one driving force in your life but not knowing what you want to do once you leave.

Studying music seemed like the obvious choice, even though I was a stubborn brat who loathed the theoretical side of music. I chose Otago because, honestly, I was following my girlfriend at the time who was already down there studying. That aside, it was one of the best decisions I have ever made as it forced me out of my Auckland bubble and exposed me to new people, and most importantly NEW MUSIC. I met Isaac McFarlane in the first few weeks and we would go on to form a band called Two Cartoons which would eventually take us to Thailand and then London. Otago was also where I met Zak Hawkins, who I would later play with in my current band, Mini Simmons.

I finished uni in 2013 (got the piece of paper, framed and all) and went straight to London with Two Cartoons on a two year adventure that would change my life forever. We had signed a rather crazy record deal which more or less covered all of our costs and allowed us to write and record an EP and a full length album. Unfortunately we were still very tiny fish in an enormous pond and we ended up returning home to NZ at the end of 2015. While in London however, I met Luke and Dom who I currently make music with under the name Flamingo Pier.

I’ve played with a handful of different bands over the years and they all have their own special milestones that you look back on and think, wow that was pretty cool!

With Two Cartoons it was the excitement of experiencing a lot of things for the first time. London, was most definitely the highlight as it was the first time I had a glimpse into what it could be like to be a serious, full time musician. I think most musicians (myself included) strive for recognition within our field, and as a result it’s always pretty exciting when you get offered a big support slot, play a sold out show or see your music video on the back of a seat on an Air New Zealand flight. Two Cartoons opened for Courtney Barnett, as well as Dunedin legends The Chills while we were in London, both big Highlights.

Most of my songs come from a personal place. I’m a pretty terrible liar, so I find it easier to write from my own experience - at least that’s what seems to come naturally to me. Having said that, I have written a handful of songs from someone else's perspective or even just drawing inspiration from one line and then going from there. Songwriting can be somewhat of a cathartic relief for me too, a place where I can put down thoughts and emotions that I wouldn’t otherwise share. At the end of the day, most of what I write is intended for a particular project and so it can help to have that in mind as a means to steer myself in the right direction.

My songwriting process varies depending on the project I’m writing for. With Two Cartoons, and now Mini Simmons, it often starts on the guitar. Sometimes it’s a riff or a chord progression that I quickly record into my phone. I like to get the genesis of the idea down as quickly as possible and then go back and rework things. At the same time I’ll be constantly jotting down lyric ideas on my phone; often it’s just one or two lines that roll nicely together. Again, I try not to be too critical at this stage as it can really stifle creativity if you’re too hard on yourself. I will try to take a song as far as I can possibly take it on my own before bringing it to the band. Sometimes that means I end up bringing more or less finished songs, other times it takes a lot more back and forth between the band to get it done. After that, we rehearse the heck out of the song and finesse the finer elements (is this the right tempo, key, are the rhythmic elements locking together properly, does it need another section, is it too long etc). Usually at this point we’ll be recording rough phone demos too. After that, the song gets tested live before we look into recording it properly.

With Flamingo Pier it’s much more of a collaborative process from the get go. A lot of the time it will be us jamming in a room over a drum loop that Luke has made. Usually I’ll start on guitar or bass and build a groove up from there. We essentially write in the studio, so a lot of mixing/production will be happening concurrently in order to create the vibe of the song. We make what can be broadly described as dance music and as a result a lot of emphasis is place on groove, mainly focusing on bass and drums. We often will literally say to each other: “does this make you want to dance?”, and if we’re dancing by that point it’s usually a good sign!‍

1. Keep an open mind, and don’t get turned off by something if it seems boring on the surface. I was notoriously stubborn when it came to music theory or other genres that were outside of what I was currently digging. There’s so many lessons that can be learned by putting yourself outside of your comfort zone (new chords, phrasing ideas, different grooves), and having the theoretical knowledge to back it up makes it easier to dissect and then rebuild something you can call then your own.

2. Never stop practicing/learning new things. I remember stopping formal guitar lessons when I was around 15 or 16, I thought I’d learnt enough to write songs and wasn’t interested in getting deep into lead guitar. Now I’m going back and filling in a lot of gaps in my knowledge and trying to fix bad habits. The good thing to note is it’s never too late, and there’s an endless supply of (often free) resources to help you upskill.