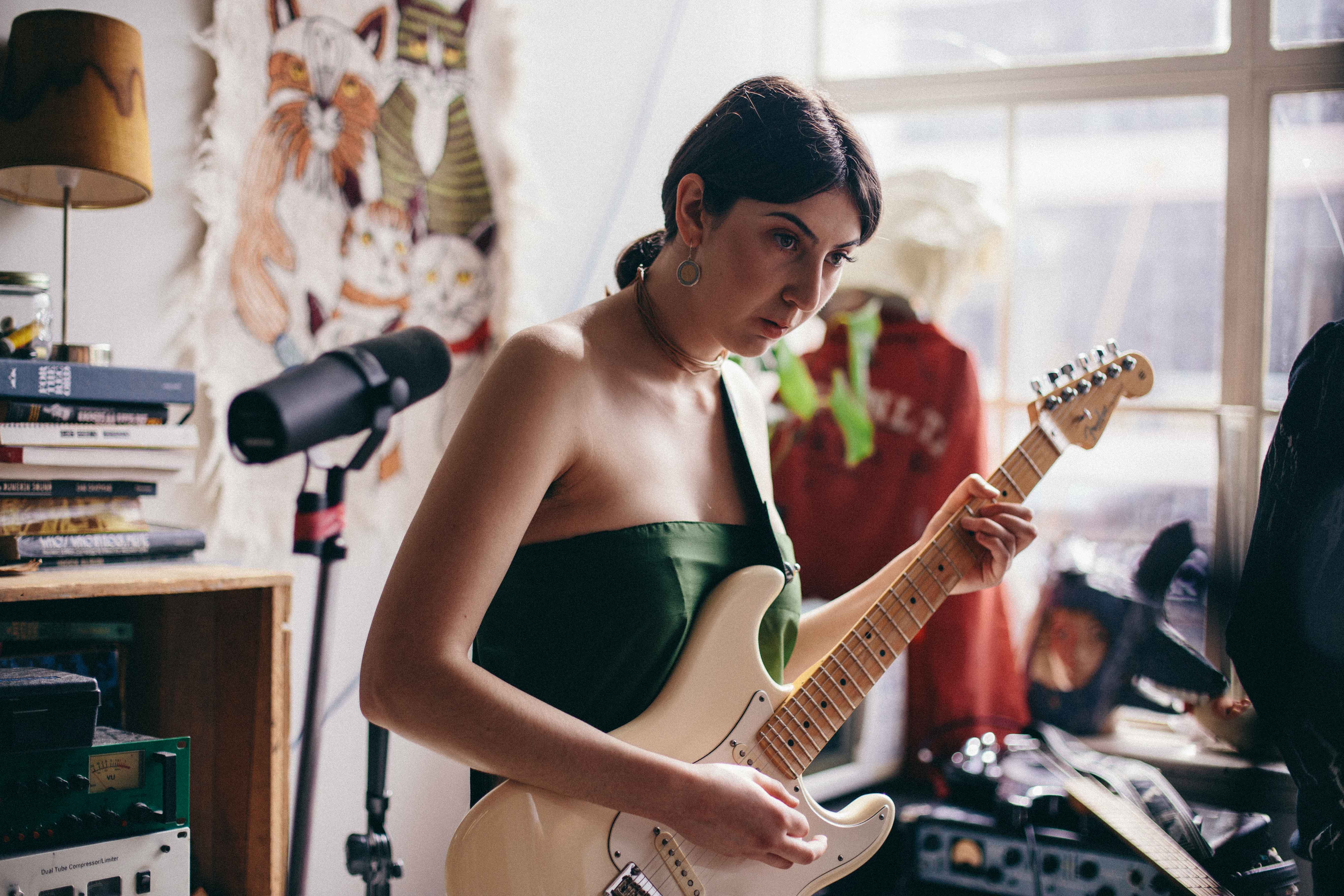 I spent my first decade living in Wellington before moving to Auckland, where I’ve lived ever since. Though my family loves music, we grew up with dial-up, which basically meant zero internet. My main exposure to music as a kid would have been CD’s on family road trips (like Van Morrison, and fan favourite Creed, to satisfy our bogan roots), and then there was the Greek music at my Grandparent’s house. My first big musical inspo would’ve been Avril Lavigne when I was 7 and doing my best to dress ‘sk8er boi’. There was plenty more pop-punk to follow throughout my early teen years.

In my last year of High School, I wrote my first few songs to enter Rockquest. I performed these at the Ellerslie show as a solo act using the stage name ‘Written in Ink’ cause I was a corny emo at the time. It was very much singer- songwriter acoustic guitar music.

I went straight to Uni after high school where I studied songwriting and performance. The experience was confronting, but equally motivating. Looking back I was really lucky to have had that time to investigate my writing and sift through the importance of it for me. After Uni and a year of not playing music, I got stir crazy, realised I was being stupid and started playing music again. I’ve been performing under the pseudonym BEING. ever since.

Since then there’s been a lot of great shows but some stand-outs would have to be opening for artists who’ve inspired me like internationals Lucy Dacus and Girlpool, as well as shows with local gems like The Beths and Tiny Ruins, and playing amazing venues like Hollywood Avondale with Lawrence Arabia and Hans Pucket.

2019 had a couple of favourites, playing Festivals like The Others Way, Rhythm & Vines and Newtown Festival to name a few. Playing the last ever Chronophonium is hands down one of my favourite shows to date.

Writing has always been my way of sifting through whatever mind-mess I have going on at the time and trying to make sense of the world around me. Much like the music that inspires me, the focus is to share my personal experience in as honest a way as I can. If I’m speaking my thoughts and feelings, how can I get that wrong? So long as I’m being respectful of how that might impact the wellbeing of those listening.

Music, like all art, is subject to taste, but I think art with a focus of authenticity and honesty connects with people in a way that can be felt and respected beyond the confines of aesthetic, taste or genre.

My process for writing music is always changing. I’m predominantly inspired by melody and rhythm, and finding harmony/chords often takes me a lot longer. With this being the case I will generally start with a bass or guitar melody line, or sometimes, even a single note as a drone that I can sing over and build a beat on top of. I like to start by layering melodies that play with rhythm – this feels most natural to me which definitely helps me catch my ideas as they’re quickly forming. I also find my favourite ideas come to me when I’m in the middle of something else like walking, cooking, driving, showering, so having a phone to record ideas on the fly is always a go.

What have you learnt about songwriting along the way?

I think the main thing I’ve been learning about songwriting is that it’s less about what you create than it is about how you create it. If I sit down and dedicate time to reflecting honestly and writing, it’s less about what actually came out that day and more about the fact that I showed up and I tried my best to share and create authentically. I think if I do this often enough, that’s success to me. And if one of those songs sees the light of day and impacts someone else along the way then that is pretty damn cool.