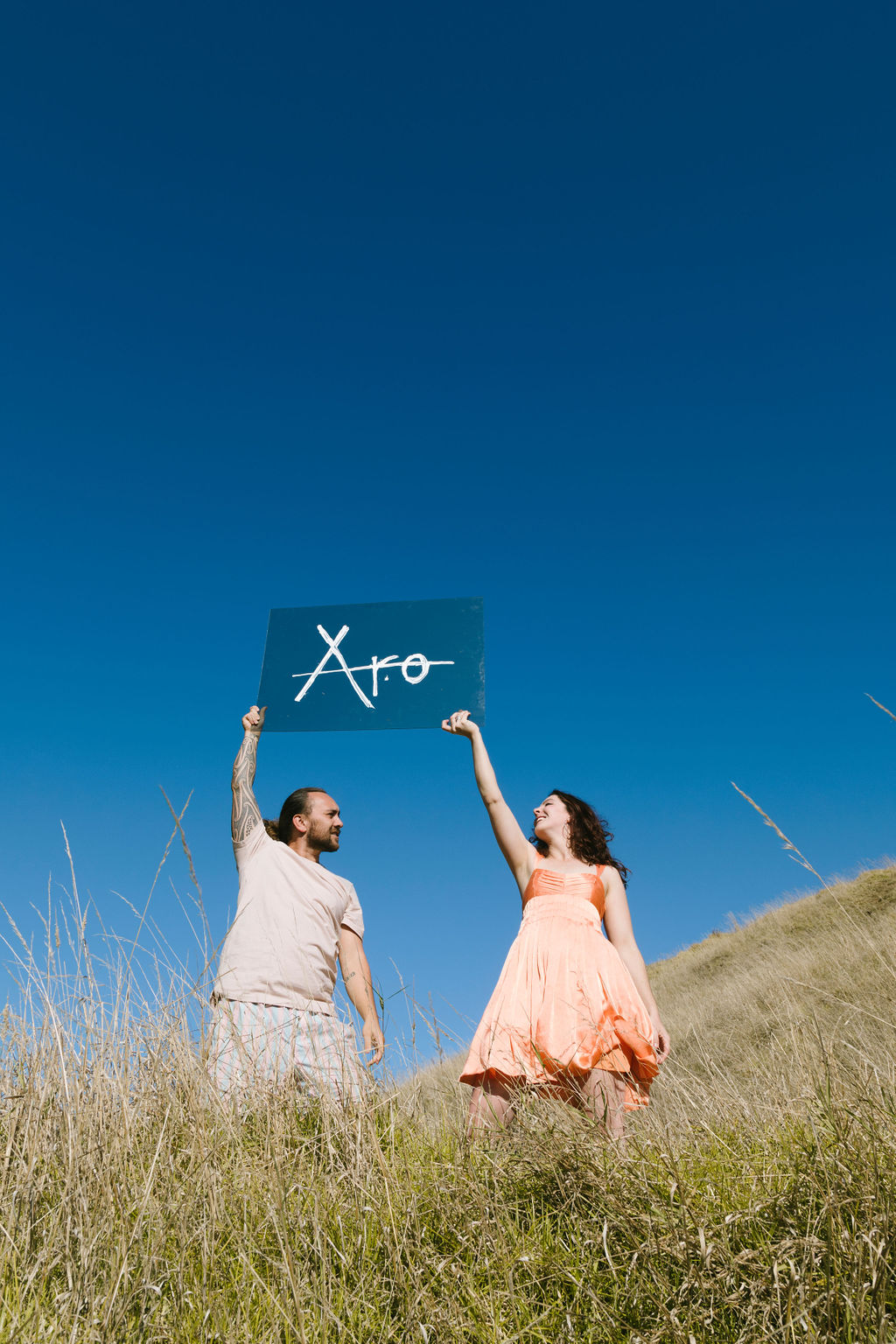 Emily: There was constantly music playing in my home growing up! My parents had a huge variety of different artists/bands they’d listen to. My older brother had what I thought was quite a cool music taste, I always enjoyed discovering new artists and styles of music through him. If there wasn’t a CD playing, someone would be making sound in their own way.

Charles: There was always music in my home too. My father is a musician and my uncles are quite musical (some of my aunties probably are as well). I grew up around, and eventually involved in, church music and kapahaka. I remember mostly listening to reggae, hip hop, RnB, soul, blues, country, and a bit of gospel.

Emily: Unfortunately I didn’t participate in Rockquest! I was all into the jazz world at school, playing saxophone and singing with the big bands/jazz combos

Charles: I actually had no idea about Rockquest until I left school. I participated in competitive kaphaka though!

We live in a sweet little whare in Pukekohe with our fur babies. Happy as to have a home we can call our own. Prior to this, we lived in a van for two years travelling Aotearoa with our sounds. We still do this, but now have a base!

From there, I went and pursued music in Berlin for a year before coming back to Aotearoa to start writing and touring with Charles as Aro. I also pursue music solo and with my own band, and have always LOVED collaborating with others.

Charles: I thought a career in music was just a dream and meant for the lucky ones. I later realised that there was no running away from it and went to MAINZ in my 20s, then finished a Bachelor of Music at UoA - that’s where Emily and I met! But hooked up later on.

Our first festival gig together was at Festival One. We got to play in Vector arena (for a small thing - but still a win!), and later attended the Silver Scrolls there because our song Korimako became a finalist for the Maioha award. Before any of that though we were featured on RNZ a couple of times and Māori Television. But we think our biggest wins have been touring the country two times over all the way to Stewart Island and back! It was so special living out of a van for almost two years and seeing our beautiful country, meeting all its people, all while writing songs and sharing the aroha.

We write our songs about nature mostly. Charles learnt a lot of stories growing up in Kohanga Reo and Kura Kaupapa Māori about our natural environments. That with our combined experiences help us spin a tale through song that others can hopefully relate to and find a bit of light or hope for them in their story.

When writing, we start with the idea - our projects are typically themed to different natural elements. We’re fortunate in that a lot of stories about our natural environment have already been told. We’re just trying to find a way to communicate those gems in a way that others can understand whether they’ve heard the stories or not, and learn something from it.

When our friend “the producer/engineer” says it’s ready (lol). We are ALWAYS working on a song, all the way up to “D-day” (or “R-day” because we’re recording), going backwards and forwards with who we’re working with at the time. We’ve learnt to go in with more songs than planned, because things change in the studio - the magic is different in a studio compared to our van.

One, you don’t always have to say yes - be true to yourself. And two, it’s not about fame and fortune.